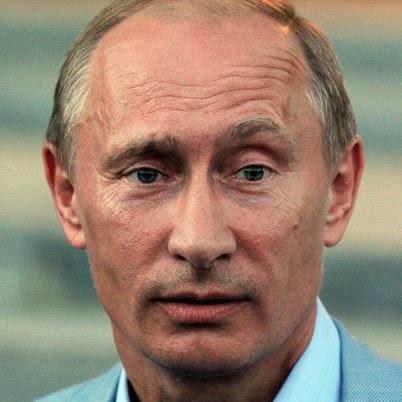 On March 21 Russia annexed Crimea. Looking at an astrological chart for the event we find that the Moon is void of course. What this means is that this event in itself leads to nothing to worry about. It is a gesture in an unfolding drama involving Russian relations with the west and the far east. The situation is far more complex than this.

http://timesofindia.indiatimes.com/world/europe/Putin-signs-Crimea-annexation-law-as-Russian-investors-take-fright/articleshow/32439784.cms
Posted by Raphael Simons at 2:37 PM No comments:

We see in the chart of NATO above that the cardinal grand cross forming at 13 degrees Aries, Cancer, Libra and Capricorn directly aspects NATO's Neptune in the 12th house. Mars will be in conjunction with NATO's Neptune, and Uranus will in opposition with it, involving NATO in secret activity of a violent nature. How much of this will be made known is probably very little.

To follow articles such as this in astrology click the Join button at the upper right of this column.

Raphael is available for private consultations. For more information visit www.raphaelsimons.com or call 212-502-0775.
Posted by Raphael Simons at 3:34 PM No comments:

The unfolding situation in Russia and Ukraine astrologically

Looking at the national charts of Russia, December 21, 1991 and December 25, 1991 we find Uranus at 13 degrees Capricorn. Russia is under the sign Aquarius. Uranus is the ruler of Aquarius, and therefore of Russia. As the two charts for Russia have Aquarius on the 9th and 7th house cusps, respectively, the crisis involves Russian foreign relations. We see Pluto in conjunction with Russia's natal Uranus from February 26 through June 4 complicating Russia's international monetary, trade and diplomatic relations. Pluto turns retrograde in mid-April timing repercussions.
The Ascendant of the spring equinox chart at Moscow is at 13 degrees Libra exactly square Pluto in Capricorn. This shows the crisis developing. Mars is rising in the 1st house of this chart, showing the people in an angry mood.

An interesting aspect in the spring equinox chart worth noting is between the mean lunar node and the Sun. The mean node is at 00:06 Scorpio, and the Sun is at 00:00 Aries. This shows a fatality coming. This, compounding the indications of the grand cross, spells something explosive likely to happen.

The spring equinox chart for the Ukraine, like the chart for Russia, has Mars rising in the 1st house. The people in the Ukraine are in turmoil. Uranus is afflicted in the 7th house. Uranus is square Jupiter and Pluto, and opposite the Ascendant. This brings disruptive trouble to Ukraine through foreign interferences.
The national charts of the Ukraine, August 24, 1991 and December 1, 1991 have Uranus at 10 and 11 degrees Capricorn, respectively, while Neptune is at 14 and 15 degrees Capricorn, respectively. While the grand cross doesn't come to exact aspect these positions, it does point to worsening trouble in Ukrainian economic conditions as well as to worsening foreign relations and to a lot of confusion coming out of that country through misinformation reported in the news. The spring equinox position of Uranus is exactly square Ukraine's natal Uranus showing that country in a social and economic crisis.

From looking at the charts of the Ukraine and Russia it appears that the worse crisis is happening in Russia. The Sun's aspect to the mean lunar node may involve both countries. The flight of ethnic Russians from the Ukraine and the Crimea into Russia, and the flight of money out of Russia does not help Russia.

Looking at the birth chart of Vladimir Putin we find his Sun at 13 degrees Libra. His natal Sun is in the 11th house and rules his 10th. His natal Sun is directly involved in the coming grand cross, showing that his career is being challenged. He has a huge problem on his hands.

Looking at the 1776 Gemini rising chart of the US we see the Sun at 12 degrees Cancer in the 2nd house. The grand cross will adversely affect the financial condition of the US. How much money the US can afford to throw at the Ukraine is questionable.
From the look of the spring equinox chart the US is unlikely to become any more deeply engaged in the conflict between Russia and the Ukraine than it has already. Instead, the spring equinox chart has afflicted and intercepted Uranus in the 10th house showing potentially disruptive developments inside Government circles which, if not handled carefully, can lead to resignations or defeat. This also holds true for leading corporate circles in the US during the spring quarter. Mars afflicted in the 4th house of the chart confirms the above.

Raphael is available for personal consultations. For more information visit www.raphaelsimons.com or call 212-502-0775.

Will there be a War? Horary astrological answer

According to to rules of horary astrology, there will be a war if the rulers of the 1st and 7th houses are mutually afflicting in or from an angular house or if they have translation of light by square or opposition from another planet. In this chart we find the Moon applying to opposition Mars and to square Venus, Mars and Venus being the rulers of the 7th and 1st houses, respectively. The answer is yes; the probability is showing. The only hope of no in this is that Mars is retrograde, and inclined to back off or lessen his aggression. But, war is a real possibility nonetheless.
We also find the Ascendant of this chart conjunct the malefic star Algol, denoting losing one's head.
Mars is in the 6th house of military service, and Venus is in the 9th of foreign affairs and international trade. This conflict will affect the markets, and, if it goes too far, gas supplies to western Europe, therefore gas prices.
We can only hope that the tyrants in both the west and east quit this insanity.

Raphael is available for personal consultations. Find out what is in store for you these coming days. For information visit www.raphaelsimons.com
Posted by Raphael Simons at 6:52 AM 2 comments: