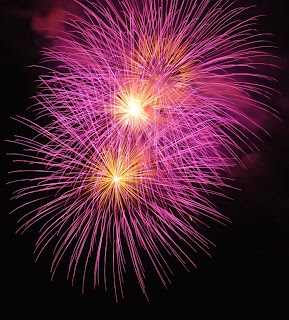 A new moon on new year's day means a new start in every sense for the whole world as new year is a universal celebration - a universally shared moment. Because of the astrological configuration shown at this new moon, the watchword for the year is 'either break through or break down.' It's either/or this year, folks. Surprising and dramatic events and developments, good and bad, will come about. There is lots of tension that can be used creatively and destructively. This is an excellent year. This new moon is also a super moon, meaning it brings up changes in the earth itself. We can anticipate storms and increased seismic activity to come.

The new moon occurred on January 1 at 11:15 AM GMT. It forms a cardinal grand cross with the Sun, Moon, Pluto and Mercury in Capricorn opposite Jupiter in Cancer, and square to Mars in Libra and square to Uranus in Aries. The very basic nature of this configuration is maximum tension. Aggressive moves will be made by Governments, banking institutions, entrepreneurs and corporations. Clashes will ensue. The strong will win, whatever the cost. The wise will take shrewd and positively decisive steps, and not fear.

Of significance, 10 and 11 degrees Capricorn, the degrees in which we find this new moon and Pluto, respectively, point directly to the UK, the Eurozone and the Ukraine. These are areas of maximum tension; radical change must occur.

The new moon chart for the UK has the Sun, Moon, Pluto and Mercury in the 10th house, Jupiter in the 4th, Mars in the 7th, and Uranus in the 1st house. There is tremendous tension in the Government, facing growing opposition. The people are in an angry mood; strikes, rioting, violence, assassinations, and rising up against authority should not surprise us if and when they occur. Mars afflicted in the 7th house shows international disputes. The new moon severely afflicted in the 10th house also points to illness and possible death among nobility, and loss of national honor.

The general business climate, seen from these charts, is dynamic, highly competitive and exciting. There are breakthroughs to be had. Companies that are ailing may crash while others win. Those that succeed will move fast forward. January, to say the least, is a very dynamic month.


To follow articles in world astrology such as this click the join button at the upper right of this column.