An astrological snapshot of 2013 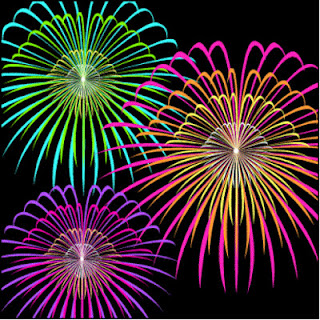 New Years Eve marks the world's birthday. The chart made for Washington DC shows what to expect in and of the US as realtes to the world.

The Moon at 00:00 AM EST is at 23:22 Leo. What is remarkable about that is that the north lunar node is at 23:35 Scorpio. The Moon and the lunar nodes applying to exact square means that we're headed for a jolt. Where we will feel the jolt is shown by the Moon's house position and rulership, and by the houses in which we find the lunar nodes. The Moon is in the 11th house and rules the 10th, and the north and south nodes are in the 2nd and 8th houses respectively. This shows the jolt coming involves the Congress and the President, and the economy and taxes.

We also find Saturn in the 2nd house [at 9:34 Scorpio square and in mutual reception Mars in the 4th house at 4:51 Aquarius, and opposite the Moon's solstice point at 7:38 Taurus] showing no easy way out of financial troubles; the situation is difficult. The mutual reception place of Saturn [in the 4th house] tells us that real estate prices will be affected. Real estate in most areas will stagnate at best, and more likely will go down. We will see this happening in Canada especially. This coming summer will be a good time to buy if you have the cash.

Saturn and the north node in the 2nd house involved in afflictive aspects is bad for the economy in general. It denotes financial stagnation and a tendency toward recession in financial circles. The Moon forming a wide opposition to Neptune in the 5th house warns of foolhardy speculating: danger of possible fraudulent insider trading.

The Sun at 10:57 Capricorn is conjunct Pluto at 09:20 Capricorn. This is a very significant factor. The Sun of the UK and the Sun of the Euro is at 10 degrees Capricorn. The UK and Euro zone are headed for major develpments in their financial arrangements. Pluto is square Uranus in Aries, and is sextile and in mutual reception Saturn in Scorpio. The mutual reception with Saturn eases the tension somewhat, but it puts Saturn in conjunction with the Sun, and that spells more austerity, and more austerity means more poverty and suffering in Europe this year. The people in the UK will become more and more resentful, and this will seriously challenge the Conservatives.

The Sun and Pluto in the chart for DC is in the 4th house. [Pluto rules the 2nd house and Sun rules the 11th.] This spells reorganization of finances and matters of banking linked with what happens in Congress, and it affects the real estate situation. Don't expect it to ease up too quickly.

On the other hand we find Mars in the 4th house [sextile and in mutual reception Uranus in the 6th. Mars rules the 7th and Uranus rules the 5th.] This is an opportune time for some to engage in speculating in real estate. Foreign speculators will be active especially in east coast cities like NYC, Boston, and DC. Mars and Uranus are trine and sextile with Jupiter, respectively. Jupiter is in the 9th house and he rules the 3rd and 6th houses. The 9th house position of Jupiter confirms that we are looking forward to foreign speculation in American property.

Jupiter in the 9th house ruling the 3rd also points to a more active time coming up in publishing this year. Mercury in the 3rd house [in mutual reception with Jupiter in the DC chart] creates a very active picture for research and writing this year. A lot of new information will be forthcoming. Mercury is at 00:58 Capricorn, a critical degree. Critical Mercury [in the 3rd house, ruling the 9th and 12th houses] tells us that critical information and surprises will be made known to the public. It will involve different areas of interest, not only political. There is a growing awareness of contact with extra-terrestrials.

The Moon in wide opposition with Neptune [Neptune being in the 5th house, and ruling the 6th] shows danger to children from pharmaceuticals and drugs. Jupiter applying to square Neptune, and Mercury sextile Neptune shows trafficking.

The chart has four mutual receptions: Saturn/Pluto; Saturn/Mars; Mercury/Jupiter; Mars/Uranus. This says that there is nothing we get into that we can't get out of this year. The year has lots of ins and outs and lots of finagling. There will be many new opportunities. This is a time of interesting possibilities. We are in a period of restructuring. There is much flexibility in the way it is going to unfold. The chart has 4 cardinal and 3 mutible signs; it all moves quickly.

To follow articles such as this in mundane astrology click on the join button at the upper right of this column.

Raphael is available for private astrological and psychic readings. To find out more visit www.raphaelsimons.com.
Posted by Raphael Simons at 1:13 PM