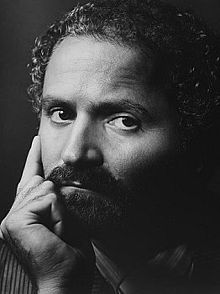 The well-known Italian fashion designer, Gianni Versace, was born on December 2, 1946. He would now have been 66. He was shot in the back on July 15, 1997 and died at age 50. The Chinese astrological signs of the year, month, day, and hour of his birth are Fire Dog, Metal Rat, Metal Dog, and Earth Rabbit, respectively. Versace was an extremely dynamic personality. Metal Dog, the strongest sign of all sixty signs in the Chinese system, is capable of greatest good and greatest evil. It is also called a peach blossom sign; Versace was attractive, seductive, and had strong sexual desires and good social standing.

The chart showing strong Metal with strong Fire tells us that Versace was a leader who defiantly stood up against opposition; he was defiantly individualistic. This worked in his favor professionally, but in the area of personal involvements it cost him his life. Had he been more careful he might have been able to reach his peak cycle at age 82 to 92. The balance of yin and yang elements in Versace's chart is 6 yin and 6 yang; he was strong.

With only 1 Wood element in his chart, Versace's vital element was Water. In terms of fenshui, this would have meant that his best color was black, and that his best orientation was North. He should not have been in Miami in July, the place and time of his death. Summer and south were for him the worst. Water opposes Fire.

Versace moved to Milano in 1972 at age 26, during a cycle showing good fortune for him in love and money. He launched his Gianni Versace label in 1978 at age 32 at the beginning of a new cycle that brought him big challenges in the personal and professional spheres. He was the type to welcome challenges. In 1982 at age 36, in the same cycle, he launched his line of perfume, and in 1983 at age 37 went into designing theater costumes. This was a most dynamic cycle. In 1990, at age 44, in a new cycle, Versace opened his exclusive New York shop. But, Versace's cycle from age 42 to 52 brought up the enemy: Fire. Trouble was brewing.

The year, month, day, and hour of Versace's death are Fire Ox, Fire Sheep, Earth Horse, and Fire Snake, respectively. This combination has 7 Fires. Fire is extremely strong. Fire came out to attack Versace's Metal. Other indications in the chart show Versace's weak Wood and his vital element, Water, being destroyed.
What could have saved Versace from such a tragic end? The advice a good Chinese astrologer and fengshui expert would have been not to go south in the summer that year, but to go north, and cultivate Water element, meaning concentration and calm reflection. Had he gone to Maine rather than Florida he would have lived.

1997 was the year of Ox. Ox is hostile to dog. Ox punishes Dog. Remember, Versace was born in the year and day of Dog. Ox year would alone have warned Versace that he was in potential danger. The year, Fire Ox, was in a violent clash with Versace's day of birth sign, Metal Dog. Fire Ox is the worst sign for Metal Dog. That would really have been the year for Versace to lay low and go north. But, he didn't know. Chinese astrology is fascinating.

To follow articles such as this in Chinese astrology and fengshui click on the join button at the upper right of this article.

Raphael is available for personal consultations in Chinese astrology and fengshui. To find out more visit www.trs-fengshui.com or contact Raphael at simons.traphael@gmail.com.

Posted by Raphael Simons at 8:38 PM