An astrological view of autumn equinox 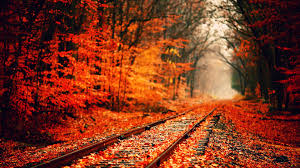 Autumn equinox came on September 23 at 9:22 AM, GMD. The charts give a vastly mixed picture. This is what appears.

A mitigating aspect is found with Venus. Venus in Leo is in mutual reception with the Sun. But, as it doesn't take the Sun out of the degree of the north node, the mitigation does not entirely save the day. What Venus in mutual reception with the Sun does is make the entire situation more flexible. What Venus does, since she is the Sun's dispositor, and because she forms trine aspect with Uranus, is soften the otherwise bad signs. In the end you can say it could have been much worse.

Venus is the dispositor of the Sun. Venus' aspects will therefore bear on the situation, and in this case, in a favorable way. Venus is forming a trine aspect with Uranus, bringing great luck and a stroke of genius.
In the US Venus is in the 12th house and Uranus is in the 8th. This points to spiritual forces working for the good of this land and people. Because the Sun is in the 2nd house it points to increasing prosperity. The stock market will behave erratically, but there will be gains, possibly windfalls. Also, the Moon is in the 5th house, forming a trine aspect with the Sun. This is very fortunate. Whatever upsets are coming in the US this fall will be mitigated by these aspects. Jupiter is in the 1st house of the chart for the US, showing an increase in business and trade, and increasing prosperity. But, Jupiter is in opposition with Neptune in the 7th house. This dampens the upswing to a degree, and warns of treachery, schemes, double dealing, and secret plots from rogue foreign sources, possibly involving hackers or cyber attacks.
In the UK and EU Venus is in the 10th house with Uranus in the 6th. It is possible that the turmoil and violent disturbances that will be developing will force the governments to pay better attention to improving services for their own people.
In the region of Moscow down through the Middle East Venus is in the 9th house with Uranus in the 5th. This points to diplomacy. This will help mitigate the violent situation so that it does not blow up altogether.
In China Venus is in the 7th with Uranus in the 2nd. The stock market may take some surprising turns, have some welcome surges. Venus in the 7th house points to foreign investors. The Chinese chart for the equinox has the north node, the Sun, Jupiter, Mars, and Venus all in the 7th house. This gives tremendous emphasis on Chinese foreign relations this fall.

Mercury at the equinox was retrograde. It was applying to square Pluto. This is not a good sign. It points to treachery in diplomatic and business dealings.
In the US Mercury is in the 2nd house with Pluto in the 5th. This shows crooked stock market manipulations. Venus is the dispositor of Mercury. Venus is trine Uranus. The insiders stand to gain huge windfalls.
In the UK and EU Mercury is in the 12th house with Pluto in the 3rd. This points to lying, media manipulation, and potential dangers of terrorist activities in the streets and in public transportation. Pluto, in Capricorn and intercepted in the 3rd house, points to the underground, possibly meaning subways and tunnels. Venus, the dispositor of Mercury, is in the 10th house trine Uranus in the 6th. The governments will do well to avoid strikes and insubordination in military and police services. Both Mars, ruler of the 7th house, and Venus, ruler of the 1st house, in the 10th house of the UK and EU charts point to troubles that the governments will face coming from their own people and from foreign elements. Mars square Saturn in the 2nd house shows serious economic pressures and wide spread poverty. Jupiter in the 11th house opposite Neptune in the 4th shows agitation against the government coming from people.
In the region from Russia down through the Middle East Mercury is in the 11th house with Pluto in the 2nd. Pluto rules the 12th house, and Mercury rules the 7th. It shows international criminal financial dealings for the sponsoring of terrorist groups. The fact that Mercury is retrograde makes it more underhanded. Pluto is at direct station, giving this fact tremendous emphasis.
In China Mercury is in the 10th house with Pluto in the 2nd. The Government is connected unfavorably with secret money and market manipulations.

To follow these mundane astrological articles by Raphael click on the join button at the upper right of this column.