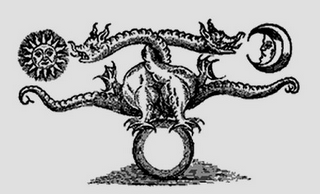 In general, with the node moving from Scopio northward the markets and business in general does pick up naturally. Notwithstanding periodic recessions, especially due to the banking mess, the business cycle is going to improve and continue to expand even as far out as the mid 2020s. The north node returns to Aquarius in 2026 which could signal perilous times.

History has proved that every time Uranus transits Gemini the US is attacked, and engaged in war. The first time was the Revolution. The second time was the Civil War. The third time was WWII. The fourth time starts in 2026 and runs on to 2033. Pluto enters Aquarius at the end of 2024. With Pluto and the north node in Aquarius, and then Uranus in Gemini, we can see a more challenging crisis developing in the world having to do with a need for social, business, and economic reorganization. All the mistakes made between the mid-teens and mid-twenties will come home, like the proverbial chickens, to roost. When the square aspect between Uranus and Pluto clears toward 2016 we will see an upsurge in business. If the same spirit of greed that we see now persists, the consequences of those mistakes will be all the more terrible. The US open to attack in that time suggests, among other things, cyber warfare. The cutting edge of technology, therefore, should be in the direction of independent energy and communications systems that don't depend on connection to the grid. Whether business follows this wisdom or not is to be seen.

To follow articles in mundane astrology such as this click on the join button at the upper right of this article.

Raphael is available for private astrological and intuitive consultations. To find out more visit www.raphaelsimons.com