The spring equinox came at 5:16 AM GMT. We see the planets Mercury and Uranus conjunct the Sun, with Mercury retrograde, The Moon in Pisces opposite Mars retrograde in Virgo, and Jupiter with Venus in Taurus.
.
Mercury retrograde and combust the Sun is very weak, and will frustrate and confuse plans and decisions in world affairs made this year, especially through the spring and summer. The Moon opposite Mars retrograde shows repeated disputes, quarrels, public outrage, bloodshed, and rioting. A martial spirit of unrest is spreading through the world. Mars in mutual reception with Mercury, putting Mercury in opposition with the Moon, will complicate matters by causing controversies and disputes to arise in and between Governments. There will be disputes over treaties, as well as failed legislation; there will diplomatic troubles. We will see litigations involving matters of slander, and forgery. There will be dangers to travelers as well.
.
Using the system of Geodetic Equivalents, we find Uranus exactly on the Mid-Heaven of Bruxelles, the capital of the EU. This is ominous for the EU. Sudden and unexpected developments will arise in the top circle of the EU that will bring about defeat and resignation of leaders. Autocrats in Bruxelles will try to seize control of member states more and more. There will be attacks against people in high places and there will be public outrage. Uranus is exactly trine the Ascendent of Athens. Greece will rebel; the bully boys in Bruxelles will be shocked. The EU is headed for a well-deserved train wreck thanks to these stubborn dictators. Millions of people are suffering and will suffer as this insane experiment comes to its demise. Uranus transits over the Mid-Heaven of Bruxelles two times, the first time now, and the second time between November 13th, 2012 and January 10th, 2013. Mid-December will be a remarkable time in the crisis. Between January 20th, and February 20th, 2013 Pluto will come to conjunction the Euro Sun and the Sun of the United Kingdom. This will jolt the relation between Britain and the Euro-Zone. So, we see in this Spring Equinox chart, ominous signs for the Euro-Zone that will hit the wall before long. Also, we see, that transiting Mars will come to opposition with the Mid-Heaven of Bruxelles between July 11th and 12th. Mid-July is going to bring a potentially shocking event to the EU.
.
Mercury retrograde is exactly conjunct the Geodetic Equivalent Mid-Heaven of Paris in this chart. That means that there is a coming change in the Government; the public opinion is turning against the current head of state. He will lose the election or will become very weakened. The current Government of France is in confusing circumstances.
.
The matter of the EU won't come to its well-deserved end so quickly. We see Uranus coming to conjunction the MC of Berlin in April 2014. The current Government, if it can hold out that long, will be in ruins. The Government, holding onto the insane utopian dream, is causing untold suffering, and that suffering will only increase these coming months.
.
Interesting to note, the Geodetic Equivalent Mid-Heaven of Berlin, and the Geodetic Equivalent Ascendent of Rome are both 13 degrees Aries. With the upset of the German Government, Rome will be in a revolutionary mood. It might take until the spring of 2014 for Italy to break with the EU. We will see.
.
In 2014 transiting Pluto comes to conjunction the Geodetic Equivalent Mid-Heaven of Washington DC. This will deeply involve Washington in the European mess, and will bring the Administration then in power to a very difficult and ugly pass.
.
All is not doom and gloom, however. We see Jupiter on the Geodetic Equivalent Ascendant of Rio. Brazil is enjoying a period of increasing prosperity this year. This is good news for BRIC.
.
More on the Spring Equinox will follow in another article.
.
To follow mundane astrological articles such as this click the Join button at the upper right of this article.
.
Raphael is avaliable for personal astrological and psychic readings. To find out more about Raphael's services visit www.raphaelsimons.com
Posted by Raphael Simons at 4:16 PM No comments: 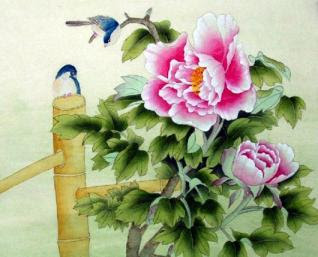 The full moon occured on March 8th at 9:41 GMT, or 4:41 AM EST. In western astrology we see the Moon besieged between Mars and Saturn with the Moon conjunct Mars, Mars and Saturn being malefics. They act to tighten the activity of the Moon and bring some degree of anger to whatever changes she attempts to make now. People are in a critical mood. Mars just behind the Moon spurs her to make changes in a spirit of daring. Defiance is in the air. Changes made on impulse and by taking chances are preceeded by restlessness and followed by arguments.
.
The Moon is in her 14th mansion, called Achmech. It favors prudence and the ability to analyze, and it promotes divinatory powers. This is a good time to get your cards read. The wisdom of elders is favored by this mansion; listen to those who have experience. The 14th mansion does not favor traveling, nor does it favor early stages of relationships, but it won't cause any harm where there is love.
.
The position of the Moon in the chart at DC shows disputes and complications in international affairs. With Mars retrograde, however loudly the dog may bark, it won't bite. The Moon in this chart is also connected to concerns having to do with labor. Joblessness is a burning issue.
.
Mars is in a grand trine aspect with Jupiter and Pluto, and Venus is conjunct Jupiter. This promisses positive talks and plans in business and finance, based especially on concerns having to do with real estate, and the debt. But, Pluto is in the same degree as the lunar nodes with the lunar nodes approaching exact semi-sextile with Pluto. This presages upset relations between members of the Congress and the President for a change.
.
Mercury is conjuct Uranus, and Mercury is about to go retrograde. This frustrates matters connected to the people's concerns over the debt and poverty, and causes them no small degree of vexation. With Mercury turning retrograde, decisions made at this time will be undone; nothing will hold.
.
Uranus is in mutual reception Neptune. This gives flexibility to the people in connection with money. It says that if you are resourceful and inventive you can get around your perceived limitations.
.
The Chinese chart has the signs, Water Dragon for the year, Water Rabbit for the month, Earth Dragon for the day, and Wood Tiger for the hour of this full moon. The chart has a strong predominance of Wood element. This gives a restless, and easily angered spirit to the time. It also says that people can become confused when changing their plans. The chart has 6 Wood, 1 Fire, 4 Earth, 0 Metal, and 4 Water. 0 Metal gives trouble with boundaries. 4 Earth causes plenty of worry. Lots of worry happens when boundaries are unclear. Frustration and anger results.
.
The Chinese chart has 8 Yang elements and 6 Yin elements. This shows it to be a time to be active. In the Yin and Yang department there are strong imbalances in Yin Wood, Yang Earth, and Yin Water. This shows confusions over plans, and worries, coupled with willfulness: a sure recipe for trouble. The vital element of this chart is Fire. Fire tells us to act creatively. Be productive, and stay on course.
.
The chart has the stars called arts, money storage, and peach blossom. This encourages us to act creatively, put away some money, and socialize. Look your best, and be kind to one another. The chart also has the stars of benevolence and kindness. Kindness to others brings desirable rewards. The chart also has heaven medicine star. It is favorable for people who are ill at this time. If you use your intelligence you will be able to turn a difficult matter to your advantage.
.
The full moon, in Chinese reckoning, gives us the I Ching hexagram 20 (Observation, or Watching), line 6. It advises wise contemplation from a high place. Consider danger in a time of peace. Kind deeds will pay off. If you want to understand someone's frame of mind observe his or her words and actions. Be objective, and watch your own thoughts and feelings. That way you will gain insight and avoid misfortune.
.
To follow articles such as this in astrology click on the join button at the upper right of this article.
.
Raphael is available for private astrological and psychic consultations. To find out more about Raphael's services visit www.raphaelsimons.com.
Posted by Raphael Simons at 4:51 PM No comments: