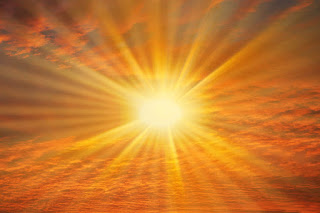 Charts for the UK, the EU, and the USA were drawn up.

The UK and EU
The Sun, at 00:00 Cancer was in conjunction with Mercury at 29:30 Gemini, and with Mars at 10:54 Cancer at that time. Mercury is combust; not promising much reasoning. So close to the Sun, his main concern is facts. What that is may turn out to be not so factual as being head strong. Mercury at 29:30 is out of patience.  Mars, in his sign of fall in Cancer, and conjunct the sun and Ascendant, is scrapping for a fight. Mars is also square Jupiter, amplifying the matter. So, the climate this summer, especially in Europe, is fraught with conflict; Mars is conjunct the Ascendant in both London and Bruxelles. It moves very quickly.
Uranus is sextile Mercury and the Sun, and trine Saturn, Saturn being opposite Mercury and the Sun. This may actually help matters to some degree. Both Mercury and Saturn are intercepted in the 12th and 6th houses respectively. There are seriously difficult obstacles (hidden), behind-the-scenes; Mercury opposite Saturn points to shrewd dealings.
The Moon is in her sign of exaltation, Taurus, in conjunction Venus. This will affect Mars, as Mars is in the Moon's own sign, to soften him and calm him down to a degree over time. Moon and Venus in the 11th houses of the UK and EU along with Uranus promises to give the matter of Brexit a hopeful atmosphere and guarantees the respective governments will come up with a deal that will work for all, despite diplomatic opposition shown by Jupiter in the 5th house in T-square Mars in the 1st and Pluto in the 7th house, a very critical aspect.
The Moon and Venus are also sextile Neptune and trine Pluto. There is an intention to avoid the worst.
There is a Yod aspect between Jupiter in the 5th house, Moon-Venus in the 11th, and Neptune in the 10th house. It forces attention on the opposition.
Jupiter, 13:25 Libra, a critical degree, is square Pluto in the 7th house and Mars in the 1st house. Among other things, international relations and trade are in critical condition. Because Pluto is retrograde, it will take time to sort out. Mars on the other hand pulls toward resolution.

The USA
The chart for the USA has 11:25 Pisces rising with Neptune at 14:16 Pisces.  Neptune is ruler of the Ascendant. Neptune is trine Mars in the 4th house, and sextile Venus and the Moon in the 2nd. This is a very colorful position and promises a lot of money.
Jupiter, the other ruler of the Ascendant is in the 7th house in a critical degree, square Mars in the 4th house and Pluto in the 11th house. While there will be some disputes with foreign powers over finances and trade, adjustments, of necessity, are being made; Jupiter is in a Yod configuration with Neptune and Venus-Moon. The country will enjoy an increase in money this summer. It looks very good for the Stock market.
Saturn is in the 10th house opposite Mercury, and the Sun in the 4th house. This is not a good position for Saturn, showing, in spite of the increases of money, troubles to the Government and especially the President this summer. Saturn is retrograde, and in peregrine, therefore weak, and rules the 11th house in which we find Pluto. This bring up questions just how much respect and cooperation the President is getting from his own party at this point. The troubles affecting the Government and President are coming from members of congress, from the opposition party, and from difficulties in trade relations with foreign powers.
The Sun is in the 4th house, The Sun rules the 6th house. In spite of the money shown by Uranus, Venus and the Moon in the 2nd house, there is opposition developing in the country, as shown by the Sun in opposition with Saturn. Some kind of deal will have to be cut, as shown by Saturn opposition Mercury, to avoid the worst. The Sun, as ruler of the 6th points to the matter of health care. It looks like the President is caving to pressure from his own party now, and needs to step up.

Raphael is available for personal astrological readings. For information, go to  www.raphaelsimons.com

Posted by Raphael Simons at 4:32 PM No comments: