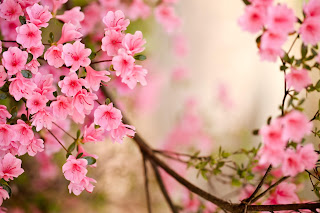 The chart for UK, has the Ascendant in Cancer, showing the effects of the equinox not lasting beyond the Summer Solstice. Sun is in the 10th house, separating from square Saturn in Sagittarius, and Moon applying to conjunction Saturn and square Sun from Sagittarius. There is an element of cruelty in this aspect. All the same, it favors for the government, but Moon, ruler of the Ascendant and the 2nd house in conjunction Saturn in the 6th house shows sickness and discontent among the people. Saturn in the 6th confirms illness among the people, and discontent among the lower classes and in the armed forces, in particular the navy.
Neptune, ruler of the Navy, is also in the 10th house, showing the importance of Naval affairs at this time. Neptune is also sextile Mars in the 11th house, showing trouble involving the liberals, and unrest among sailors. There also may be some scandal in military circles.
In the 11th house we have Venus, Mercury, Uranus, and Mars. This has much to do with the Parliament. Venus is in mutual reception with Mars. This puts Mars in the 10th house. Mars in the 11th house brings trouble to Parliamentary circles, and party splits, and discussions concerning arms. In the 10th house, it points a more bellicose attitude especially coming from the Prime Minister. She is determined.
Mutual reception Venus is sextile Neptune in 11, a very fortunate aspect. Neptune is the ruler of the 10th house. The sextile from Venus favors the Prime Minister; she gets help from hidden sources.
Mercury in 11 is square Pluto in 7 and opposite Jupiter in 5. This brings and element of extreme confusion to foreign affairs. There is a lot arguing with the EU, and with Scotland.
Uranus in 11 is also square Pluto in 7 and opposite Jupiter in 5. Diplomatic relations are being strained. Pluto in 7 also points to terrorism. On 3/23 Mercury comes to exact square Pluto. What this means is that during Brexit, Britain is under attack, not necessarily by arms, but, it seems the EU, in its desperation, will try anything.

The chart of Bruxelles has Neptune, Sun, and Venus in 10. Mercury is conjunct the 11th house cusp. Mars is intercepted in the 11th house, but comes out of interception and goes to the 10th house. Other then this there is no difference between the charts. The Ascendants are 3 degrees apart. The affairs in London will affect Bruxelles, and the EU very strongly.

The chart of Washington DC has its Ascendant in Pisces. Affects of the equinox will therefore last until the fall equinox. It has Neptune conjunct the Ascendant, the Sun, Venus, Mercury, and Uranus in the 1st house, Mars in the 2nd house, Jupiter in the 7th house, Moon and Saturn in the 10th house, and Pluto in the 11th.
Neptune conjunct the Ascendant in Pisces gives the country a vision, or visions.
Five planets in the 1st house are very strongly positive for the people of the country; the outlook is sanguine.
Mars in the 2nd house shows ups and downs in money, with possible losses in the stock market. Mars is also sextile Neptune, showing possible overoptimism and a need for caution. But Mars by mutual reception with Venus is taken out of the 2nd house, and replaced by Venus. showing financial increases. Money will move fast. It looks interesting for business. There will be a lot of money put into the military. Jupiter is in the 7th house retrograde. Foreign affairs may be subject to some dispute, but there is no war.
Moon and Saturn are in the 10th house. The President may take on a rather fierce, unbending attitude, but the country will become more productive. (It is interesting that the Moon and Saturn are pointing toward the galactic center; the President is convinced of his vision.) There is no sign of the President being impeached or ousted in any way. Jupiter is the ruler of the 10th house. Moon in 10 is separating from sextile Jupiter in 7. There may be those who like him and those who don't. But, the chart shows him productive and serious. And it looks like the people are generally doing well.
The T-Squares are between the 1st, 7th, and 11th houses. Pluto is in the 11th. This shows tension in the area of foreign affairs, and illegal aliens. Pluto in the 11th house complicates the affairs of Congress. Pluto in 11 shows the Congress confused. They may act eccentrically, undependably, rebelliously, and radically opposed or defiant to the President; they cannot be trusted. Mercury, ruler of the 4th house is in opposition with Jupiter, ruler of the 10th. There is no agreement between the Democrats and Republicans in Congress and elsewhere at this time.
The condition of affordable care would be shown by the Sun, as the Sun rules the 6th house. In the 1st house, it is very much on the minds of the people. Sun separating from square Saturn with the Moon applying to square the Sun, there is not much encouraging or conclusive that can be said about it. Pluto afflicted in the 11th house shows Congress no better than a mad house; it is full of duplicitous characters. Neptune exactly on the Ascendant in the 1st house suggests that the people are in the dark. Venus, ruler of the 3rd house of the media is in mutual reception Mars saying that the media is shifty. So, where that is is undetermined at this point.

Posted by Raphael Simons at 4:12 PM No comments: 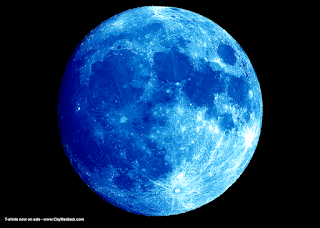 Posted by Raphael Simons at 10:42 AM No comments: