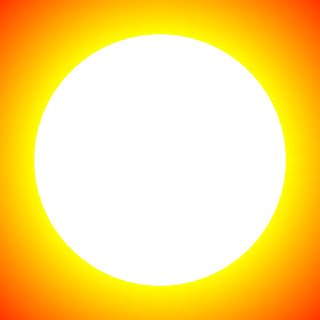 The Sun is separating from conjunction with Mars, Mars at 28 degrees Gemini. This has been a few very intense days leading up to the solstice, and we can expect the energy through the summer to be equally intense. Fortunately, Mars is not at 29 degrees which would have signaled danger of rash and violent actions.
We see, nonetheless, the Moon at 29 degrees Leo square Saturn at 29 degrees Scorpio retrograde. This is a hard aspect denoting stubbornness and, because the square is in Leo and Scorpio, hatred and cruelty in the world; 29 degrees, especially fixed signs (Leo and Saturn are fixed signs) points to a crying matter. The waves of terrorism and insanity are not about to stop.
Moon is just past square to Saturn, sextile to Mars, and is applying to sextile to the Sun, then opposition to Neptune, and square to Mercury. The Moon sextile Sun is productive of good. but the opposition Neptune and square Mercury will bring confusion and treachery - lots of misinformation, fear mongering, and political trickery is to be anticipated.
The Sun at 00 Cancer and the Moon at 29 Leo are in mutual reception helping to ease some of the more difficult conditions to a degree, and allowing people in key positions to skirt issues, avoid confrontations, and save face.
Venus is forming conjunction with Jupiter in Leo. This will bring a financially more buoyant time through the summer and all the way through October. Jupiter at 19 degrees Leo and Venus at 14 degrees Leo are both trine Uranus at 20 degrees Aries in the 10th house of the New York Stock Exchange chart. The market will move higher in the coming days.

The summer solstice chart for Washington DC has the Sun and Mars in the 10th house, at the zenith. For Mars this is an evil position, especially with Mars quincunx Saturn, semisquare Venus and Jupiter, and square the Ascendant, and Mars ruling the 8th house. This position of Mars points to military activity. It also points to illness and death of someone of considerable importance in the highest of circles, especially since Mars rules the 8th house, the 8th house denoting death. It also points to trouble in the Government. Mars conjunct the Sun and sextile the Moon shows military activity. Because Mars is in Gemini, and is 2 degrees away from the Sun it is afflicted and weak, and is not a good sign for military involvement. Probably it points to lost lives in mismanaged military actions abroad. There probably will be some military, probably police activity and street violence inside the country as well. Retrograde Saturn in the 3rd house quincunx Mars points to repetitions of street violence. More ugly events are probably coming.

The summer solstice chart for UK and the EU has the Sun and Mars in the 8th house quincunx Saturn in the 1st house. The people are suffering badly for lack of work, poverty and poor health. This is a very bad sign.
The Moon, Jupiter, and Venus are all intercepted in the 9th house trine Uranus in the 5th house. International diplomatic negotiations deals are happening behind closed doors. Moon square Saturn does not help the people. Sun and Mars in the 8th house quincunx Saturn in the 1st points to debt and poverty. Moon in the 9th house applying to opposition Neptune in the 4th house points to problems involving oil and gas. It also points to repeated incitements to violence, and protests involving treacherous, or terrorist activity. Neptune is square Mercury.
In the chart of Greece, we see Pluto moving back and forth over the cusp of the 7th house. Pluto is now 14 degrees retrograde in Capricorn. The 7th house of the Greece chart is 13 degrees Capricorn. Foreign countries, namely the EU, are imposing extremely destructive conditions on Greece. They could force Greece to withdraw from the EU, and could force drastic conditions. Greece is not happy with any of it. The health of the people suffers, and conditions are extremely complicated.

The summer solstice chart for China has Sun and Mars in the 3rd house with Moon in the 6th denoting much progress in rails and transportation systems, but it also warning of accidents in these areas. Uranus is in the 1st house denoting turbulence and arguing. This points to the situation in Hong Kong. It will continue. It also warns of renewed Islamist terrorist activity, possibly from Xinjian. Uranus trine Venus and Jupiter in the 5th house, however, may help ease or or turn the problems around. This Venus - Uranus aspect is also very good for innovative and speculative activity. There will be some surprising new developments in Chinese business. Venus rules the 2nd house and is in the 5th house. Some interesting upswings in the market can be anticipated. Mercury is in the 2nd house square Neptune in the 12th and square Moon in the 6th. This warns of gyrations in the market. There will also be losses, and they will be unexpected and confusing. Moon in the 6th house sextile Mars and Sun, but forming opposition Neptune and square Mercury points to problems involving the Navy, and not favoring the Navy.The situation over the islands in the South China Sea is coming to some confusion. Money involved in the project involving those islands will be wasted. There may be much coming and going to no purpose. Pluto in the 10th house, Pluto ruling the 8th house, with Saturn in the 8th point to the removal and/or death of a prominent figure, possibly someone involved in the Government.


Raphael also writes a daily Chinese astrological I Ching blog. To see it go to http://raphael-fengshui.blogspot.com

Posted by Raphael Simons at 5:33 PM No comments: 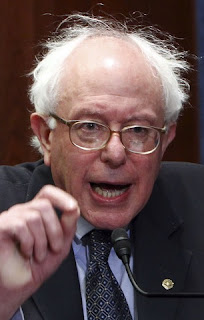 Bernie Sanders was born September 8, 1941. The birth hour is not known, but the signs for the  year, month, and day, give us enough to get a good look at his chances to get the Democratic Party nomination.

Sanders was born in the year of Metal Snake, month of Fire Monkey, and Day of Earth Sheep. He is forward looking and has leadership skills. He is also unbending, independent, and is a risk taker. He is fortunate and has friends and allies.

His chart leans on the side of Yang, so he is proactive. The predominant element of the chart is Earth. This makes him practical, controlling, and responsible.

Sanders is in his 70 - 80 ten year cycle. It is Earth Ox. Ox is empty in his chart. Earth Ox clashes with his day of birth, Earth Sheep. Empty Ox spares him, but the cycle is turbulent, hence his political activism at this time.

Looking at him through an astrological system called Nayin, Sander's month of birth and day of birth are both Fire. His 70 - 80 ten year cycle is also Fire. This is good for him. It gathers people around him.

2016, the crucial year, is Fire Monkey year. Sanders was born in a month of Fire Monkey. The signs of 2016 match the signs of Sander's month of birth. This will make 2016 a most challenging year for his career, potentially good. The elements of the year bring him support and make him productive. The Fire of Fire Monkey year combines with the Metal of Sander's year of birth, Metal Snake, to produce Water. Water for Sanders represents the prize. He needs it. It is there. On the other hand, Monkey of 2016 combines with Sander's Snake to produce Water, but this is like poison; it is a clash. There could be treachery. He is up against powerful figures, possibly in the Democratic Party, who secretly work against him.

Looking at a King Wen I Ching reading, asking whether Sander's will win the nomination, it looks like he's in very complicated conditions. It looks like he's got a battle. In the King Wen chart, his significator is empty, meaning, too weak. There may be secret forces working against him.

It appears he has a fair chance, as he is strong, but I would not be surprised if the nomination is taken away from him.

Sanders was born under a Knife Blade. The Knife Blade for him is Snake. It makes him unbending, strong, and tough. In Sanders' chart the cycle of age 30 - 40 was a Snake cycle, in other words, his peak cycle. If this current cycle, 70 - 80 were his peak cycle there would be no doubt of his winning.

Sanders is going to become a very strong force in the Democratic Party between 2015 and 2016. His chance of winning the nomination, to be fair, is questionable.

To follow this blog click the join button at the upper right of this article.
Posted by Raphael Simons at 3:17 PM 5 comments: