The death of Scalia: astrological view 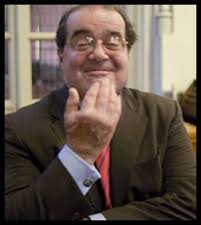 Whatever your or my opinion of Scalia is, it has nothing to do with this report. It is simply whether there was any indication of his being assassinated that the following charts were made: his natal chart, progressed and directed charts, and his diurnal transit chart on the day of his death. I also calculated the Part of Assassination, and its solstice point to see if it registered at his death, which it did.

First, to ask whether his death was natural, we look at aspects formed in the progressed and directed charts. The following show up.

The above aspects show that he had been having health issues. However, Ascendent trine Jupiter (1), and Mars trine Moon and sextile Uranus (6) gave him strength. Certainly, the Ascendant trine Jupiter would have protected his health.
Saturn and Sun (2) were in conjunction all through his life, his natal Saturn at 13:52 Pisces, and his natal Sun at 21:20 Pisces, so the conjunction of Saturn and Sun, although it would have weakened his vitality to some degree, cannot be said to have killed him. With a Saturn-Sun conjunction a person can be mean spirited and live well into old age.
Mars square his Saturn (3) is a violent aspect.
Pluto and Mars in opposition (7) is also a violent aspect.
The only lunar aspect at the time of his death was converse progressed Moon square Mercury, showing mental strain. The converse progressed Moon was at 28:53 Scorpio, natal Mercury is at 28:15 Aquarius. This is not a death aspect, but one showing mental tension, and, with the Mars aspects to Saturn and Pluto, potential quarreling.

Scalia's natal chart has Moon at 3:24 Scorpio in the 1st house in opposition to Uranus at 3:05 Taurus in the 7th house. It shows him to have been a passionate, witty, and eccentric character, with a genius especially for law, who attracted open enemies, and enjoyed cutting repartee. He was very strong in his opinions, and had deep, conflicted emotions.

The transits on Scalia's last birthday, March 11, 2015, showed no sign of his death. What happened does not appear to be natural.

The diural transit chart of Scalia's day of death has the following aspects.

Mars in the 2nd house trine Scalia's natal Sun and quincunx the diurnal Part of Assassination. He was in high spirits that day.
Saturn trine natal Mars. It is unlikely that he was ill at the time.
Venus opposite natal Pluto. It is probable that he was being hunted - how ironic.
Sun conjunct natal Venus. He was in happy spirits.
Moon was conjunct natal Uranus and opposite natal Moon. His humor probably was probably sparkling. He had a wit.
Pluto square natal Mars and square transiting Uranus, with Uranus quincunx the natal Part of Assassination. This shows violence.

Posted by Raphael Simons at 6:34 PM No comments: 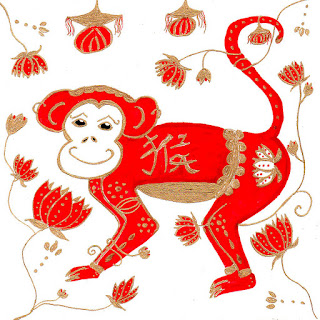