What comet Ison at perihelion shows in astrology Comet Ison will be at perihelion on November 28. The Sun will be at 6 degrees Sagittarius within orb of conjunction with the royal star Antares. Major comets, as a rule, presage coming removals of notable figures from the upper ranks of world leadership as well as dramatic changes in the world's political condition.

The Sun with Ison conjunct Antares adds possibilities of disgrace, ruin, treachery and violence to the world's political drama. Assassinations may follow this comet. It is safe to bet that social unrest in the world will intensify in the coming months. An epidemic may follow upon the heels of this comet as well. If the comet does not break up when it passes through the Sun's corona we will be able to see and tell more from the time it is at perigee.

Sagittarius also strongly influences the Church in general. Interesting changes in the organization and position of the Church, whatever denomination, will unfold.

Raphael is available for personal astrological readings in both western and Chinese astrology, also psychic readings. To find out more visit www.raphaelsimons.com, or call 212-502-0775.

Posted by Raphael Simons at 3:40 PM No comments:

The November lunation period in astrology 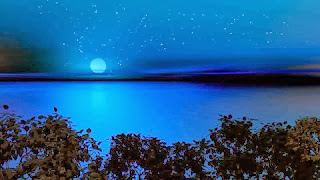 The shadow of the eclipse traveled from the southeast coast of North America across the Atlantic into central Africa. Violent events in west and central Africa may be anticipated during the year following as a result of the eclipse.
A solar eclipse in the 2nd decanate of Scorpio traditionally denotes mischief to a peace loving king. Translated to modern terms, it suggests treachery in political affairs.
Countries and areas ruled by Scorpio include Algeria, Morocco, Transvaal, Cappadocia (Turkey), northern Syria, Catalonia, Judea, Bavaria, Queensland.
Cities ruled by Scorpio include Fez, Liverpool, New Orleans, Washington DC, Baltimore, Cincinnati, Milwaukee, St. John's, Halifax and so on.

At the time of the eclipse Uranus at 9 degrees Aries was exactly square with Pluto at 9 degrees Capricorn the world wide effects of which are experienced as tension. Corporate power is at squares with those in disagreement. The eclipse Mars at 11 degrees Virgo sextile Saturn at 13 degrees Scorpio and trine Pluto at 9 degrees Capricorn translates the tensions to constructive activity. Tension in this case allows for constructive activity. Mercury, on the other hand, at 7:26 Scorpio applying to exact conjunction the north lunar node at 7:22 Scorpio presages upsetting news to come. In the UK it speaks of deaths and financial losses. Poverty is severe and the coming winter is going to be bitter. In the EU it speaks of the same and of international quarrels. And in the US it speaks of financial losses and quarrels in the Government. There will be an increase in military activity as well.

The full moon at 25 degrees Taurus was in conjunction with the malefic star Algol. Algol is the most evil star in the heavens. The best that can be said for it is that it marks a good time to cut off whatever negative influences there have been in your life. The worst that can be said is that it speaks of violence. The first thing that happened was a 7.8 earthquake in the Scotia Sea (south Atlantic), and, later in the day, tornados in Illinois.

The full moon with Algol in the UK was in the 1st house pointing to unrest and discontentment amongst the people. The health of the people is poor as well. The same conditions exist in the EU. Everybody is discontent. In the US we find the full moon in the 4th house, and the Sun in the 10th house along with Saturn, the north lunar node and Mercury. There is strong opposition to the Government now. The President is not enjoying popularity, and people in authority are in disgrace. There may be prominent deaths following this full moon as well.

To follow articles such as this in mundane astrology click the join button at the upper right of this column.

Raphael is available for personal astrological and psychic readings. For more information visit www.raphaelsimons.com or call 212-502-0775.

Posted by Raphael Simons at 8:51 PM No comments: