The death of Prince seen in Chinese astrology 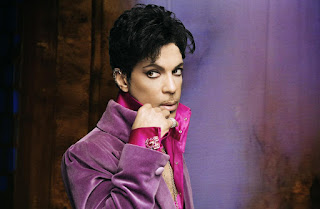 Prince was born on June 7, 1958 at 6:17 PM. The Chinese signs for his birth year, month, day, and hour are Earth Dog, Fire Snake, Wood Rabbit, and Wood Rooster, respectively. He was born in Chinese summer season; its element is Fire.

The element count in Prince's chart is 4 Fire, 3 Earth, 3 Metal, 3 Wood, and 0 Water. 00 Water is most interesting, as it points to danger in years and cycles of Water. Prince's chart shows two cycles: his age 50 - 60, and 60 - 70 ruled by Water (Water Dog, and Water Pig, respectively).
Water rules over cold, wet climate. Living in the north, such as in Minneapolis, was a challenge to his vitality, especially in these Water cycles.
Prince's vital element was Metal. The best fengshui advice for him would have been to move to a dry, cool climate by age 50. It would have prolonged his life, although his vitality would have weakened nontheless. He could possibly have lived another 10 years. Metal climate is clear mountain air.

Prince's chart shows a generally favorable run of luck from his late teens to early 50s, His strongest vitality was in the period of his mid-30s to early 50s, a period that also favored romantic relationships.

The zodiac sign of his cycle from age 50 to 60 is Water Dog. Combined with the signs of his birth chart, this generates Wood and Fire. Prince's vital element is Metal. Wood and Fire destroy Metal. This means that Prince's vital element was destroyed in this cycle. His resistance to disease became poor. Had he come for a Chinese astrological reading, the advice would have been, since age 50, to look after his health seriously.
Breaking down the signs Water and Dog, Dog came up in Prince's age 55 to 60. Dog combines with the sign of Prince's day of birth, Rabbit, to generate Fire. Fire killed his vital element, Metal. This, happening in a cycle ruled by Water, should have been a warning to him. What's more, the life cycle he was in from age 50 to 60 is called 'Burial.' It all means he was weak and unable to withstand illness. Had he managed to fight his way out of this, he would probably have died sometime in his life cycle of age 60 to 70; it is called Death.

The year 2016, Fire Monkey, especially the 1st half of the year, from February to August, is a Fire year. He died in the spring, whose element is Wood. Wood and Fire came together and killed his vital element, Metal. Monkey, the zodiac sign of 2016, combines with the signs of Prince's birth chart to bring out two stars: Traveling Star, and Robbing Star. These obviously acted as malefics. He was robbed of his vitality and is now moving on.  4/20/16 was the day of Water Monkey, and 4/21/16 is the day of Water Rooster. The Water of both of these days confirms the matter. We wish him well.

In his relatively short life, he accomplished much. His life was rich.