Robin Williams was born July 21, 1951 at 1:34 PM in Chicago. The signs of his year, month, day, and hour of birth are Metal Rabbit, Wood Sheep, Water Dog, and Fire Horse, respectively. His birth stars are 4 Wood, 3 Wood, and 6 Metal. He was a gentle, very lively, creative soul. His personality, as shown by the signs of his year and day of birth, shows a keen sense of discernment, intuitive sensitivity, aesthetic sensibility, and the ability to understand others objectively. He was very subtle, and made an art of life. He also was a deep thinker, and had the ability to hide what he thought. He had the ability to appear nonchalant and ebullient when he was troubled. He was very sociable and inclined to entertain others. He was gregarious and suspicious, and prone to confusion as he didn't trust his own better judgement and had an aimless habit of anxiety. It was extremely difficult for him to resolve doubts. Over and above this, he had a very charming manner.

Williams' birth stars show him to have been an expert navigator, but prone to recklessness, and apt to take on more than he could handle. He ran into serious difficulties several times in his life.

Williams' chart has 1 Water, 3 Woods, 4 Fires, 3 Earths, and 2 Metals. Fire is the predominant element, showing a very active character. Water is the weakest element, very dangerous for him, because he was born on a day of Water; he was ruled by Water. 1 Water for him was a sitting duck waiting to get shot. Weak Water, especially as the birth element, shows vulnerability of emotions, sexual functioning, nerves, bones, and brain.

Because of the weakness of his birth element, and because his chart has Heaven Medicine Star, it is obvious that Williams' was prone to serious illness. His suicide followed severe depression. He was emotionally ill, and had serious addiction problems. It is also reported that he had the beginning stages of Parkinson's.

The weakness of his birth element, Water, indicates that Metal was Williams' vital element. Metal was strong in Williams' chart between his age 35 and 55. Despite any untoward circumstance in his life, he was going strong in those years. Prior to that period, in the cycle between his age 25 and 35, he appears to have been having a rough ride. The cycle 25 to 35 is Water Dragon. The Water of that cycle brought out his worst weaknesses. Personal relations in that cycle were also turbulent.

The balance of yin and yang in Williams' chart shows 10 yin and 3 yang. It is extremely unbalanced, denoting a proneness to illness; he had a weak heart. The extreme yin of his chart also shows that he took in a great deal, and was easily affected by others. It is reasonable to say that his illness was triggered by the insanity of the circles in which he moved and worked. He was a victim of Hollywood.

The chart deity of Williams' chart is called Explicit Talent Deity. It shows that he was cut out for a career in entertainment. Had he managed to get past this period of illness he would have reached his peak in the cycle between age 65 and 75. But, between age 55 and 65 he was going through an impossibly difficult time.

Williams' birth element was Water. The cycle of 55 to 65 is Earth Ox. It is extremely strong Earth. Earth kills Water. Williams' weakest element, his birth element, was being killed in his cycle of age 55 to 65, hence his falling into his illness that lead to his suicide. The signs of Earth Ox also clash with Williams' career signs, Sheep and Horse, showing that he was discontent with his career toward the end.

Williams' vital element, the element that could have saved his life, Metal, is extremely weak in the 55 to 65 cycle. And in the year 2014, the year of Wood Horse, Metal is destroyed. Metal is weakened by Wood, and is killed by Fire. Horse is Fire. So, Wood and Fire ganged up and killed Williams' Metal. This year also put Williams' birth star in a pivotal position; this was a pivotal year in Williams' life. It shows that he was very angry toward the end of his life. He was in tremendous conflict. 8/11, the day of Williams' death was the day of Wood Tiger. Tiger is a Wood sign. So, there was extreme Wood. The Wood exhausted Williams' Metal, and so he died.

To read more articles of this nature, click the Join button at the upper right of this column.

Raphael is available for private consultations and readings. For information visit www.trs-fengshui.com and www.raphaelsimons.com

Posted by Raphael Simons at 8:09 PM No comments: 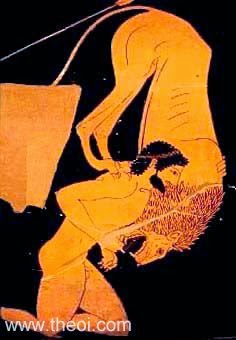 The perfect image for this period is that of Hercules fighting the lion. This is a month of struggles. In astrology we see, at the new moon of July 26, Jupiter, the Sun, and the Moon all in conjunction in Leo square Mars in Scorpio, pointing to a time of extreme violence and hatred in the world. Then, at the full moon of August 10, we see the Sun and Moon square Saturn in Scorpio, another violent configuration. The tide of violence seen at the new moon is growing and will become much uglier by the full moon. It is possible that, toward and right after the full moon, in addition to all the fighting, there will be some major seismic event(s) and storms.

Saturn at the new moon was at 16:40 degrees Scorpio, quincunx Uranus at 16 degrees Aries showing, with the Mars square Jupiter and the new moon, a breaking point in the cosmic energy. Saturn at the full moon is at 17:00 degrees Scorpio, having moved only 20 minutes. And here he is very tightly square the Sun and Moon at 18 degrees Leo and Aquarius, respectively, a violent configuration. Because of the quincunx between Saturn and Uranus, the full moon and Sun sextile and trine Uranus, respectively, there will be violent release of the cosmic tension: a sudden move, or jolt. It could bring explosions, not only bombs and increased rioting, but possible volcanic activity. Uranus is in Aries, a fire sign. The Moon is in Aquarius, the sign ruled by Uranus, and is opposite the Sun and Square Saturn. This confirms the reading that there will be a violent jolt.

To find out how you will be faring in these interesting times, Raphael is available for private psychic and astrological readings. For more information visit www.raphaelsimons.com

Posted by Raphael Simons at 6:25 PM No comments: