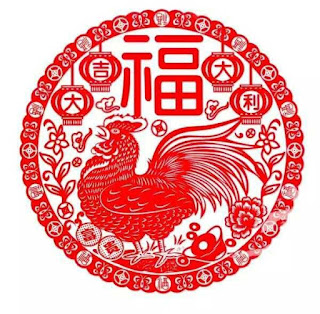 The new year came in Beijing at 8:08 AM, 1/28, or 7:08 PM 1/27 in the USA. The charts are showing the East more active than the West, this year. In the chart at Beijing there are 4 Wood and 2 Metal, Wood showing the east and Metal showing the west. In the charts for the EU and UK there are 4 Wood and 1 Metal, and 3 Wood and 1 Metal, resp. In the chart for the USA there are 3 Wood and 4 Metal.
The US may pose a challenge to China, but China is leading now.The chart for China is positively expansive, or yang, whereas the chart of the US is contracting, or more yin. Strong Wood and Fire generally predict storms, and high winds, especially in Asia.The Year's predictions for each of the 12 signs. This is only general. For complete personally accurate predictions, you should have an astrological chart made and read to you.These prediction are for the year and/or day of your birth.
Rat is neutral, neither good nor bad, with Rooster, but the relationship is productive. Business and creative work are good. If there have been predicaments, they should resolve this year. You may receive assistance and a promotion. The year may also bring love to you. This year favors all talent related professions. Ox is favored by Rooster. Ox is in a relation to Rooster of being resourceful; it finds expression in caring for others.  You need to watch your health. The study of medicine, psychology, philosophy and divination are good this year. This year favors psychics, astrologers, scholars, doctors, researchers, and writers.Tiger is neutral, neither good nor bad, with Rooster. But Tiger is lucky this year, and if there have been problems, you will find the way to resolve them. Tiger is challenged to stand out and take the lead. Your intelligence becomes sharper. There is a danger of being robbed, however, or of having others take unfair advantage of you and your time. This year also brings love to you. The year favors finances, entrepreneurship, investment, and trading.Rabbit clashes with Rooster. Rooster brings the necessity of change to Rabbit. Rabbit can take advantage of this by taking the lead and looking for better conditions at work. Greater prosperity is possible. The year favors speculative professions such as stocks, trading, bonds, and so on.Dragon is in harmony with Rooster. Dragon is in a relation to Rooster of being resourceful. It finds expression in caring for others. Love comes to you. If you are involved in any art, this is a good year for you.  This year also favors teaching, nursing, researchers, and so on.Snake is favored by Rooster. Nonetheless Snake is challenged to stand out. Snake will succeed. But, be careful not to lose your patience, your temper, and become overly aggressive, causing you unnecessary trouble. This year favors administrative, managerial, legal, and legislative fields.Horse is neutral, neither good nor bad, with Rooster. You are challenged to stand to stand out this year, however. There is love, and the prospect of greater prosperity for you. There is also the danger of being robbed, cheated, or having others take unfair advantage of you. Your intelligence is sharp. This year favors adventure. It is good for instructors, judges, specialists, doctors, the military, and so on.Sheep is neutral, neither good nor bad, with Rooster. Sheep is in relation with Rooster of being resourceful. It finds its best expression in caring for others. It is a good year for artists of all types. It is also good for metaphysical studies, psychics, astrologers, scholars, designers, librarians, and so on.Monkey is favored by Rooster. It has the possibility of love. The year favors adventure. You may need to engage is independent trades with no constraints to be happy this year.Rooster clashes with Rooster. This is a dynamic year, when you show your best (and worst) qualities. If you have been having problems they should resolve this year. You will glow with vitality and vigorously carry things through to the end. This year holds the promise of increasing fortunes, and is very good for practicing divination, astrology, and religion. You can stand out to advantage. You will be happy if you are independent and work for yourself. This year favors being friendly but independent.Dog is in an ambivalent relation with Rooster. It can get along well, and it can clash. So the year may be marked by ups and downs. Dog is in a position of resources to Rooster, best expressed by caring for others. But others can take unfair advantage of you, either robbing you of your time or money. The year brings the possibility of love. It favors teachers, philanthropists, nurses, researchers, metaphysicians, artists, and so on.Pig is neutral, neither good nor bad, with Rooster. Pig is in a supported relation with Rooster, good for pursing business interests and creative work. Take command this year and move forward with your career. This year favors all arts, invention and innovation, also careers in sales, foreign relations, and so on.Visit Raphael's website  www.raphaelsimons.comRaphael's book on fengshui, Feng Shui Step by Step, is reprinted and is available at Amazon and at  www.createspace.com/3472024
Posted by Raphael Simons at 1:23 PM No comments:

The Inauguration of Donald Trump in astrology 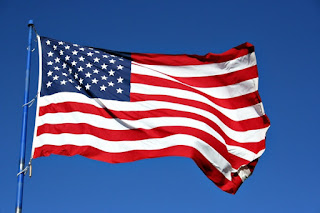 Donald Trump was sworn in as the President on 1/20/17 at precisely 12:00 PM in Washington DC. This put the Ascendant at 14 degrees Taurus. The middle of fixed signs, especially Taurus, shows the country with a tight grasp on money. We find Mercury, and Pluto trine the Ascendant from Capricorn in the 9th house, and Neptune and Venus sextile the Ascendant from Pisces in the 11th house. This means positive developments will be seen coming from the areas of foreign trade and from acts of Congress. There will be far less wasting of money by the Government.

Venus rules the chart. Peaceful Venus is 17 degrees Pisces, the sign of her exaltation in the 11th house. Venus is exactly mid-point and besieged twixt Neptune 10 Pisces and Mars 24 Pisces, and exactly sextile Pluto 17 Capricorn in the 9th house. Venus will rise above and take advantage of otherwise untoward circumstances. This is very hopeful.

The Sun is 00 degrees Aquarius in the 10th house, conjunct the Mid-Heaven, widely square the Ascendant, and separating from square of the Moon. The square to the Ascendant says Trump MUST lead.

The Moon at 9 Scorpio has the following aspects. She is separating from square Sun, and separating from sextile Mercury. Then she is applying to trine Neptune, sextile Pluto, trine Venus , square the Part of Fortune, and trine Mars. All in all, she is showing a struggle in the past that lead up to the present, and relatively smooth progress coming.

Looking at the Moon more in depth, she in in the sign of her fall, thus prone to go to extremes if provoked. She is in the 6th house having to do with the workers, and the armed forces. She is also in her 18th Mansion, Alchas, the heart of the Scorpion. According to old books, "it causes discord, sedition, and conjuration against princes and powers, and to the revenge of enemies, but it delivers captives, and makes good for buildings." It also takes time for the Moon in the 6th house to get thing sorted out.

Also Moon is between Jupiter and Saturn, Jupiter behind her, and Saturn up ahead. The squandering of the Government is coming to an end. The money, as ruled by Mercury depends on foreign trade, as Mercury is in the 9th house, trine the Ascendant, is very sanguine. Meaning foreign money will come more and more into this country.

Now, there is a lot of blabber about the T-square of Uranus, Jupiter, and Pluto and all the horrible things it is doing. In this chart we find Uranus intercepted in 20 Aries, opposite Jupiter intercepted in 22 Libra, square Pluto 17 Capricorn, showing the tide of crime being contained, and dealt with.

The T-square is otherwise mitigated by Saturn 23 Sagittarius, Pluto 17 Capricorm, and the Part of Fortune 22 Aquarius, all forming good aspect to the opposition of Uranus - Jupiter. The Moon coming to square the Part of Fortune shows the President's ultimate rise to success. At any rate, the Moon's final aspect shows how it all works out. Her final aspect is trine Mars, and Mars is in the 11th house which is proof against all untoward conditions.

One more aspect to be looked at is Mercury trine the north Lunar Node. The Node is in the 5th house, confirming diplomatic relations dealing with foreign trade.

This is the chart of Donald Trump's inauguration.