The Solar Eclipse of Feb.15 in astrology. 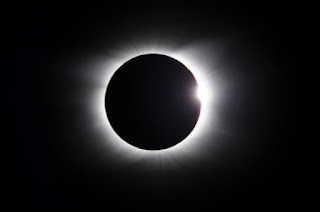 The eclipse was visible over Antarctica and southern South America. To the world in general, it acted as a strong lunation, except...
In a space of one day following the eclipse, there was a major earthquake in Mexico City, then an eruption of the volcano Popocatepetl. Then there were the shootings in Florida with all of its fall out. Then there were the indictments of the13 Russians made by Mueller. And then there was a terrorist attack in China, a mass stabbing in Kunming today, February 16, in which at least 29 people were killed. It is Chinese New Year. More will come.

A Solar eclipse in the 3rd decanate of Aquarius, according to old tradition, has the meaning: "a slaughter of sheep and beasts of the field." Beasts of the field is a biblical reference to the host of heaven. Sheep is a biblical reference to the flock, meaning the people. The people's faith is being sorely tested. Antarctica is the south magnetic pole. The south pole is the positive pole. The cosmic forces enter and leave the earth through the poles: in at the north pole, out at the south pole. This points, in other words, to a violent (series of) event(s) affecting the hosts of the heavens and the earth, or the entire world. There is a shift in extra-terrestrial forces happening now that will take some years to sort out. The affects of a solar eclipse run for at least one to three years. We can expect vast changes in the world in general. Aquarius, however, has a strong resonance with Arabia, and northern Germany especially Prussia and Westphalia, Poland, Lithuania, Sweden, Russia, etc.. The EU and Germany will go through major changes in the coming years, as will Russia. This is not all bad.

In UK, the eclipse falls in the 5th house with Mercury, Moon, Sun, Venus, and Neptune, showing complex diplomatic negotiations currently going on with the EU. Uranus in the 7th house brings complications but ingenious solutions. Moon rules the 10th house. The government will change.

In the USA the eclipse is in the 8th house. The eclipse Sun rules the 1st house, and the eclipse Moon rules the 12th, showing deaths of common people, also deaths of important people in high places, and among notible people particularly women. Sun also rules the 2nd house, bringing gains to the nation through taxation.
Meanwhile, Mercury, is in the 7th house, square to Jupiter, and sextile to Uranus. Uranus is in the 10th house. Jupiter is in the 4th house. It appears that despite the usual misdirection and befuddlement, unexpected or sudden moves will be taken by the President especially with regard to foreign affairs. He will make commercial agreements, and negotiate brilliantly with foreign powers.

Posted by Raphael Simons at 7:28 PM No comments:

The Lunar Eclipse of Jan. 31st in astrology 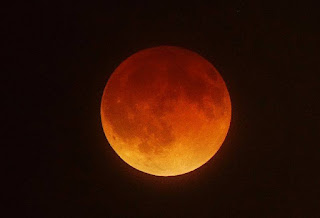 A lunar eclipse  in the second decanate of Leo shows a general mutation of matters in the world.

The eclipse may bring earthquakes to East Asia and the Western Pacific.

The eclipsed Moon was opposite the Sun and Venus. In Tokyo, Venus ruled the Ascendant. Afflicted in the 4th house, Venus will bring damp, unseasonable weather, adversely affecting crops and upsetting agriculture.

In Washington DC, the eclipse Moon was in the 6th house, the Sun and Venus were in the 12th. This eclipse came at an important time for the US. There is a showdown happening in DC. The chart has Neptune in the 1st house. Neptune is the ruler of the 1st house in Pisces. Neptune is also widely square Mars in the 9th house. Mars rules the 2nd house. The 1st house rules the people's outlook; the 2nd rules the future. Neptune acts to confuse the people. Many lies and false rumors are circulating. Venus rules the 3rd house of the news media. The eclipse Moon is opposite Venus; the news media is of no help at all, and is being blacked out deliberately; it skews everything. It cannot be relied upon at all. Mars square Neptune will act to blind the people in weeks to come. Mars is in the 9th house, an extention of the 3rd, meaning foreign broadcasting. In a nutshell, the situation is very opaque, and will become more so.
Saturn is in the 10th house. It brings the downfall and ruin possibly of many people in Government. Saturn rules the 11th house, pointing to members of congress and other Government agencies, affecting the President. But the President (the ruler of 10) is ruled by Jupiter. Jupiter is in the 8th house bringing benefit to the nation through financial gains.
Uranus is in the 2nd house in Aries. Aries is the 10th house of the NY Stock Exchange. With Uranus in Aries the market has been booming. The financial situation will probably continue to boom as the eclipse Moon is widely trine Uranus, but Uranus can reverse it unexpectedly being erratic in nature.
The 11th house (the congress and other Government agencies) contains Pluto and Mercury. Mercury is at 29:59 Capricorn, and is absolutely at the end of his tether. Mercury rules, in this chart, the 4th and 7th houses, the opposition. Pluto rules the 9th house where we find Mars. Mercury will form a sextile to Mars, and Mercury rules the 7th house. There are foreign powers supporting the opposition, and strongly influencing the news media. The media is acting as a political weapon.
The lunar eclipse is exactly conjunct the position of Mars in the natal chart of the FBI. That spells trouble.