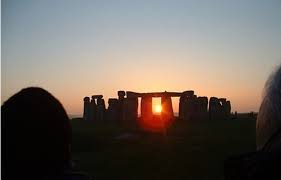 Winter solstice, or Capricorn ingress, came at 4:49 AM GMT on Dec. 22. It was at the nadir of the charts of Washington DC and NYC, being at 11:49 PM EST. The nature of winter solstice, the darkest day of the year, is perfectly expressed in these charts in the US, so these are the ones that give the best overall idea what to expect in the coming three months, or the period up to spring equinox, on March 20, 2016.

The most outstanding things about this chart are the strength of earth element, the Sun, Moon, Mercury, Jupiter, and Pluto all being in earth signs. The Sun is in Capricorn in the 4th house, the Moon is in Taurus in the 8th, Mercury and Pluto are in Capricorn in the 4th, and Jupiter is in Virgo in the 12th, all forming a grand trine in earth in terminal houses; and the predominance of good aspects, giving the sense that this winter will tend to be less violent than it has been over the past months.
The predominance of earth also gives a down to earth, practical sense to all affairs and activities these coming months. It all basically comes down to business, money, health, home, and the like.
As mentioned above, the charts have a grand trine aspect of Moon, Mercury and Jupiter in the 8th, 4th, and 12th houses, these having to do with settlings of affairs. Moon, Mercury, and Jupiter in good aspect with each other also brightens the mind and promotes business and financial affairs. Moon is exalted in Taurus. This period is basically good for business.
Jupiter is weak in Virgo, His trine aspects to Moon and Mercury, while not as positive as they would be in a better sign, are good nonetheless. His trine will improve conditions of public welfare. It also suggests positive developments in areas of medicine, pharmaceuticals, chemistry, and food production.
Mercury in the 4th house, in grand trine with Moon and Jupiter, while good for agriculture, forms a square aspect with Mars in the 2nd house in Libra, a weak placement, warning of losses of money due to damage to land and houses because of storms. It also points to unseasonable weather, and possible trouble connected to mining, or possible losses in mining stocks. It also points to a fairly uncertain real estate market this winter.
Mercury is also sextile to Venus. Venus is in the 2nd house in Scorpio. The 2nd house is good for Venus, but Scorpio is weak for her. Mercury in 4 square Mars in 2, and sextile Venus in 2 shows fairly volatile market conditions. But, Mars and Venus, being in each other's sign, are in mutual reception, acting well in finances, and promoting lively conditions and exchanges, so volatility becomes productive. By this winter solstice chart, market and financial conditions look pretty good this winter.
Moon is in the 8th house opposite Venus in the 2nd. This points to an increasing death rate. Because it is Moon in opposition to Venus, it affects women primarily. It also points to the death of a famous woman. Moon in 8 opposite Venus in 2, and opposite mutual reception Mars in 2, also points to financial losses. Dealings are tricky: some win, some lose. Nonetheless, the grand trine of Moon, Jupiter, and Mercury, and the mutual reception of Venus and Mars support gains over losses.
Pluto and Uranus are still square one another, so, the same political and social turmoil in the world with its possibilities of violence, despite all the good indications in these charts, will continue through the winter.
Saturn is trine Uranus now. This points to technological advances. Saturn in Sagittarius, and Uranus in Aries puts this most likely in the area of rocketry and fast travel such as high speed rails.