The 4/29/14 solar eclipse as seen in Chinese astrology 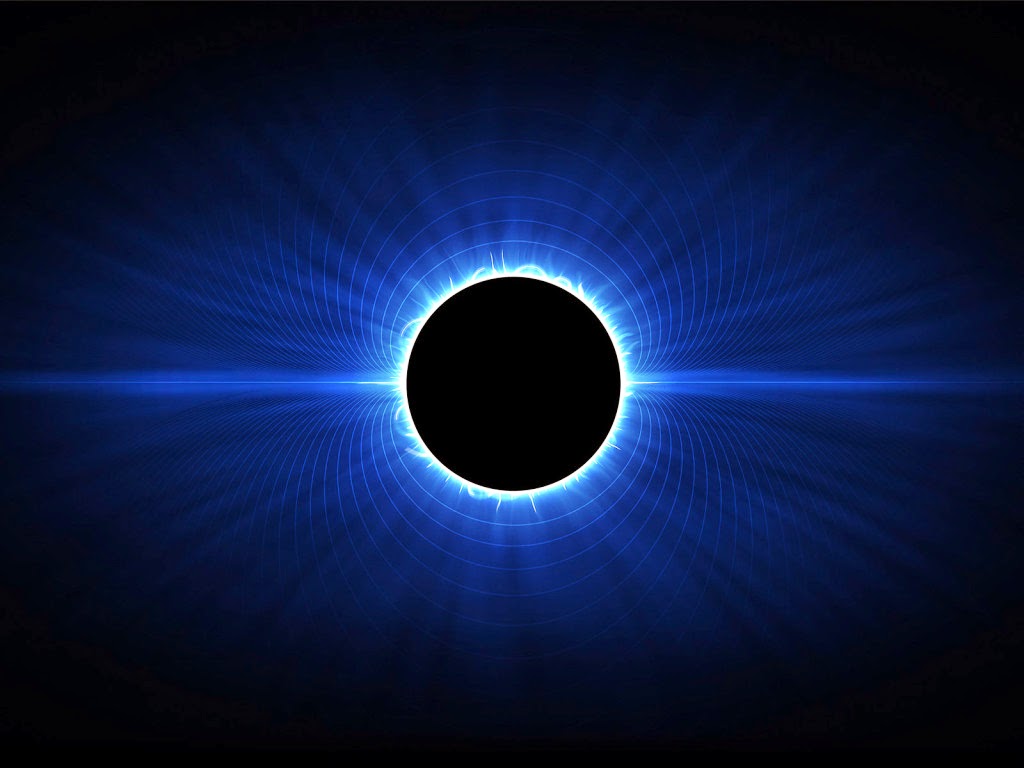 The solar eclipse on April 29 at 8 degrees Taurus comes at a time of sharp cosmic tension due to a grand cardinal cross involving the planets Uranus, Jupiter, Mars and Pluto in Aries, Cancer, Libra and Capricorn, respectively. The eclipse is visible over Antarctica, Indonesia and Australia. It presages crises with forced changes in the world over the coming months; also increasing seismic activity and storms. This eclipse presages trouble in business and trade, and destruction to corn and other food crops as well. There is growing tension between west and east. Western sanctions against Russia would be a very bad sign if they happened.

As seen in Chinese astrology we are in the year of Wood Horse; and the eclipse, being a new moon, marks the month of Earth Snake. Earth Snake, in itself, is a violent combination. The combination is called Knife Blade. In the earth it indicates violent events like earthquakes and storms. In the human world it indicates bad-tempered, arrogant people being angry and reactive. In the political and business spheres we will see insane behavior increasing over the coming months.

Earth Snake and Wood Horse combine to generate strong Earth and Fire. It is hot and dry. We will see great heat developing the coming months that will cause disastrous storms especially in the Indian ocean and western Pacific.

Looking at this from another angle, Earth Snake is a combination that produces Wood. And Wood Horse is a combination that produces Metal. Metal kills Wood. The sign of the year clashes with the sign of the month. This clash forces change. The Earth in Earth Snake also combines with the Horse of the year to produce opportunities for prosperity through all this discord. This means that this is a time for aggressive opportunists. Crisis brings opportunity. The force generated by this eclipse is very dynamic and should be used intelligently.

To see how this eclipse moon interacts with you personally you want to have your own western and/or Chinese astrological chart drawn up and read. But, generally speaking, Earth Snake interacts most favorably with Ox and Rooster, more or less favorably with Rabbit, Dragon, Horse, Sheep, and Dog, and it clashes with Rat, Tiger, Monkey and Pig, and, because Earth Snake is a knife blade combination, it clashes with Snake. Knife blade means no tolerance. Be careful of getting into fights.

The year, month, day and hour of the eclipse, according to the Chinese calendar, when reduced to an I Ching hexagram gives us hexagram 21, line 6. Hexagram 21 is called Biting Through. It is am omen of disaster. It advises making sacrifices to get rid of evil spirits and bad influences. In other words, it means let go of bad attitudes and behaviors now. Worry will dissipate; happiness will come. The hexagram also speaks of criminals thrown in jail.
The 6th line of this hexagram warns of the danger of being deaf to counsel. It gives the image of someone's neck being locked in an instrument of torture and unable to hear. It means bad luck for the heedless and arrogant. Incorrigibility brings bad luck.

Raphael is available for personal consultations in western and Chinese astrology and in feng shui. To find out more visit www.raphaelsimons.com and www.trs-fengshui.com.

Raphael's book Feng Shui Step by Step is available in a reprinted edition at Amazon and at www.createspace.com/3472024.

The spring quarter as seen in astrology 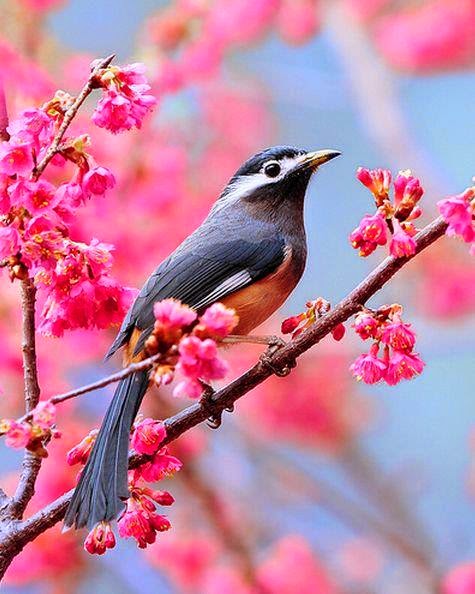 Today, April, 1, 2014 an 8.2 earthquake hit Chile. We find the Sun coming to exact conjunction Uranus at 12 degrees Aries. That conjunction will be exact at 3:09 AM on April 2. The conjunction of Sun and Uranus is particularly violent, as it puts the Part of Catastrophe (Asc. + Uranus - Sun) on the Ascendant everywhere in the world. What this means is that early April brings violent events, not only earthquakes but dangers of accidents and so on. This phenomenon is part of a development that leads up to the cardinal grand cross in the third week of April. The grand cross is at 13 degrees of Aries, Cancer, Libra and Capricorn involving Uranus, Jupiter, Mars and Pluto, respectively. 13 degrees of cardinal signs is a critical degree. It means a crisis in the world. Being cardinal, it also means out front action. As noted in an earlier article, in the political sphere, this does involve Russia, Putin, NATO, and Ukraine. The Chinese astrological predictions made for this year also pointed out violence in Ukraine and the east in general.

During the period of the grand cross we have two eclipses, a lunar and a solar eclipse. The lunar eclipse is the more important. The lunar eclipse, on April 15, is fully visible over the Pacific Ocean; most of North America, especially the west coast; Central America; and the west coast of South America. This focuses on the center and eastern side of the Ring of Fire. We may anticipate earth quakes and volcanic activity to develop up to and beyond this lunar eclipse.
The path of the solar eclipse, of April 29, travels from South Africa, through the southern Indian Ocean, and Antarctica to the east coast of Australia. It is partially visible in Indonesia and in all of Australia. Indonesia is prone to seismic and volcanic activity.

The two eclipses occuring during the cardinal grand cross carry its tensions in the world theater for several months. In other words, the tensions building up in the world in April will take a long time to resolve in the collective sphere.

Looking at the vernal equinox chart of March 20, we see the grand cross just beginning to form. At the vernal equinox it is a fairly tight T-square involving Uranus, Jupiter and Pluto. So, the tensions felt worldwide were already in formation. Other interesting aspects in the vernal equinox chart include Mercury in conjunction with Neptune, bringing no small degree of confusion into the world. Lots of misinformation has been floating about, for example, the mysterious disappearance of the airplane, not to mention all the reports around the situation in the Ukraine. Another noteworthy aspect in the vernal equinox chart is the Moon square to Venus and in conjunction with Saturn in Scorpio. It shows unfavorable, secretive and complex diplomatic activities. 13 degrees cardinal is the key degree to note in the matter of Russia and NATO. At the vernal equinox Pluto was at 13 degrees Capricorn. When Pluto arrives at 14 degrees Capricorn we need to watch what develops in Berlin and in Rome. Italy is unstable.

Looking at the new moon chart of March 30 we see the new moon in conjunction with Uranus telling us to be aware of the dangers of sudden violence. In the chart made for Washington DC this conjunction of Moon, Sun and Uranus is in the 9th house in Aries. This may point to an air crash, violent storms, and increased seismic activity, especially when the Moon is in Taurus. The Moon is in Taurus on April 1, 2, and 3.

The lunar eclipse on April 15 is at 25 degrees Libra. A lunar eclipse in the 3rd decanate of Libra is traditionally considered to signal the death of a renowned man; we will wait to find out who that is. The eclipse chart also shows Mercury involved in the grand cross of Uranus, Jupiter, Mars and Pluto. Mercury is in conjunction with Uranus. The most positive side of this is that it encourages brilliant break through thinking. On the other hand, it tells of critical arguing and fighting. Whichever way you slice it, the world is in a crisis, and this eclipse is showing it up. The effects of the lunar eclipse will last three months, in other words, into the summer.

Looking further out at the new moon of May 28 we see the planetary configuration becoming diffused. The tension is beginning to let up. But, we see, in the Washington DC chart 29 degrees Virgo rising, Mercury at 29 degrees Gemini square the Ascendant, and Venus at 29 degrees Aries. 29 degrees any sign is a weeping matter and it says that someone, or everyone is at the end of their patience. Mercury rules the chart, and the 10th house of the chart, and is in the 10th house. The people in great number are fed up with the President, and the President is at the end of his tether. The incumbent party is also at the end of its tether. Everybody is at wits end. Please avoid unnecessary arguments. This is confirmed by Mars in the 1st house square Pluto and opposite Uranus. Mars is trine the new moon. Mars afflicted, in the first house says that the people are angry and aggressive. The new moon of May 28 is in the 9th house pointing to international trade and diplomatic relations.

All in all, the world looks tumultuous this spring; the world is in crisis. The earth is also turbulent. We can expect more earth quakes and volcanic activity.

For people whose natal charts have planets at 12, 13, and 14 degrees of Aries, Cancer, Libra, and/or Capricorn, most especially 13 degrees, April will be challenging and transformative. Break off what cannot work, and embrace what can and will.

Raphael is available for private consultations. For information visit
www.raphaelsimons.com and
www.trs-fengshui.com, or call 212-502-0775.

Posted by Raphael Simons at 8:58 PM No comments: