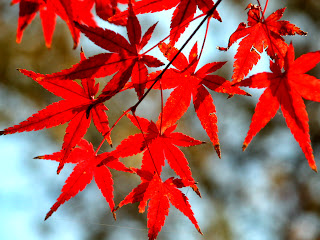 Fall equinox arrived on September 22 at 9:45 PM GMD. It marks the mid-point of the astrological year.

The most outstanding aspect in the chart for the equinox is Saturn applying to exact conjunction with the north lunar node, Saturn at 9 degrees 9 minutes Scorpio and the north lunar node at 9 degrees 34 minutes Scorpio. This conjunction marks fatal events coming to the world. Searching the charts for the different places where this aspect is in an angle (the 1st, 4th, 7th, or 10 house), it shows up in the 4th house in Pakistan. A huge earthquake happened there almost immediately after the equinox. Affecting the entire fall season, we may expect other violent events to happen because of this aspect. Areas in the world that resonate to Scorpio, the sign in which we find Saturn and the north lunar node, include Syria, Brazil, Norway, Catalonia, the Congo, Kenya, Turkey, Crete, Egypt, Greece, Iraq, western Alaska, the Hawaiian Islands, California, and such cities as Jerusalem, Baghdad, Washington D.C, Boston, New Orleans, Baltimore, Los Angeles, and so on.

In the chart made for the US, we find the conjunction of Saturn and the north lunar node in the 9th house. The 9th house points, in addition to the areas in the US listed above, to the Appalachian region, including southwestern New York state; most of western Pennsylvania; West Virginia; the southern half of Ohio; Kentucky; the eastern side of Tennessee; the northwest part of Georgia; and the northeast part of Alabama, including the city of Birmingham. Scorpio has correspondence to chemicals and ground water, as well as to atomic power. There is a lot of fracking in the Appalachian region. The Saturn conjunction with the north lunar node may also point to earthquakes. The Appalachian region and the far west are possible.

In addition to the Saturn conjunction with the north lunar node the chart has a T-square of the Moon in Taurus opposite Venus in Scorpio, and Venus and the Moon square Mars in Leo. In the chart for the US Mars is in the 7th house pointing to international disputes, bad foreign relations, and danger of war. Saturn in conjunction with the north lunar node in the 9th house points to serious difficulties in international trade relations.

We also find in this chart the Sun in Libra in a T-Square with Pluto in Capricorn and Uranus in Aries. In the chart for the US this T-square occurs with the Sun in the 8th house, Pluto in the 11th house, and Uranus in the 2nd house. It affects great difficulties in financial affairs and brings confusions to the activities of Congress influenced by underworld, or shady figures.

The charts made for the EU and the UK show the Saturn conjunction with the north lunar node in the 6th house, with Venus in the 6th house opposite the Moon in the 12th and Mars in the 4th, adversely affecting public services and arousing resentment amongst the people. The Sun is in the 5th house opposite Uranus in the 11th, and square Pluto in the 8th causing difficulties in diplomatic relations, especially over finances, while Jupiter in the 2nd house shows the bankers getting richer.

Raphael is available for personal astrological and psychic readings. For more information, or to contact Raphael visit www.raphaelsimons.com or simons.traphael@gmail.com
Posted by Raphael Simons at 9:07 PM No comments:

The new moon occurred at 7:37 AM EDT in DC. Sun and Moon were in the 12th house sextile Jupiter in the 10th house. This shows possible benefits coming to and from public institutions this month. But Jupiter being opposite Pluto and square Uranus limits the benefits.

Mars is in the 11th house square Saturn in the 2nd house. There is serious fighting in Congress (11th house) having to do with the nation's future (2nd house) and with financial problems the country is facing.

Pluto is retrograde  in the 4th house square Uranus retrograde in the 7th. The country reacts against the idea of war. Uranus afflicted in the 7th house is bad for foreign affairs. It depresses foreign trade, damages foreign relations, and it threatens war. Because Uranus is retrograde, war at this time is not altogether likely. Retrograde denotes backing down.

Jupiter in the 10th house is afflicted. It doesn't show war, but it does show financial difficulties and damage to the national honor.

Venus is conjunct the star Spica in the 2nd house. This says that as bad as the economic picture looks there is reason for hope in the future.

To follow predictive articles such as this click on the join button at the upper right hand of this article.

Raphael is available for private astrological consultations and readings. For more information visit www.raphaelsimons.com
Posted by Raphael Simons at 8:12 AM No comments: 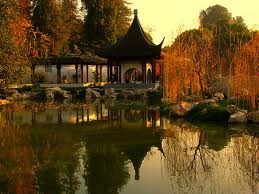 Metal is the element of fall. Metal is contractive in energy. It sets boundaries and is reflective. It is the cutting edge. It is the time of harvest and slaughter. Metal is weapons. It is also mirrors and cosmetics. So Metal also represents high fashion and fine arts as well as wines and delicacies.

The signs for the year, month, day and hour at the beginning of this fall are Water Snake, Metal Monkey, Wood Snake, and Earth Tiger, respectively. Because these signs yield 14 yangs and 2 yins this fall is dynamic. It favors taking initiative and acting creatively.

The element count of the chart has 5 Metals, 4 Waters, 2 Woods, 3 Fires, and 5 Earths. The general force is contractive, so it is best to focus on specific aims and not veer off course through this season.

The vital element shown in this chart is Water. It favors home, education, and research.

The chart has one knife blade. It is in a position that warns of accidents, possible disasters, and danger to children especially later in the season.

The weather may become unusually cold, and there are indications of either much rain or snow periodically through the season.

To modify the worse predictions, the chart has three Tien Yi stars. Tien Yi is a deity whom all demons fear. She is the luckiest of all stars and resolves most predicaments.

The chart also has the Proper Authority deity. This favors people working in civil service, government, administration, management, and legal and legislative fields.

The chart also has Robbing Star. This warns of increasing crime through the fall.

To follow such articles in Chinese and western astrology click on the join button at the upper right hand of this article.

Raphael is available for personal readings in Chinese and western astrology. For more information visit www.raphaelsimons.com

Raphael's book Feng Shui Step by Step is reprinted and available at www.createspace.com/3472024
Posted by Raphael Simons at 12:07 AM No comments: