Horary astrological question: will there be a war.

Upon news of the escalating conditions over Syria between Turkey (NATO) and Russia, this question came up. A horary chart was drawn up on November 29 at 4:27 PM EDT in NYC to see where it is trending.

How far it goes is not clear at this point.
Posted by Raphael Simons at 1:54 PM 1 comment:

An astrological view of Mars in Libra 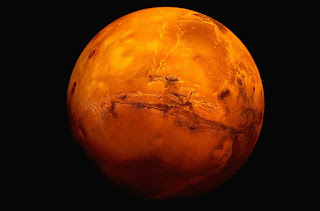 All planetary ingresses into the different signs are traditionally taken as indicators of coming developments in the world. Mars entered Libra on Thursday, November 12, at 9:42 PM GMT. Mars stays in Libra until January 3, 2016. This is what it tells us.

Libra is the sign of Mars' detriment. Libra is the sign of love and war, marriage and divorce. It is the sign of open enmity. Libra is justice. Mars in Libra can act vengefully. Mars in Libra can do his worst. The events of the first week of Mars' in Libra were terrorist attacks in Paris, Nigeria, and Mali. Turkey, on 11/24 downed a Russian fighter jet over Syria. Were Mars' applying to good aspects with benefic planets upon entering Libra it would be safe to say that the war gods would calm down. But, that's not going to happen. Mars' aspects in the Libra ingress chart are the following.

Second, the applying aspects.
Mars forms a sextile with Saturn;
Mars forms a square with Pluto;
Mars forms opposition with Uranus.
The sextile with Saturn is constructive. But, Saturn in Sagittarius does not hold. Sagittarius is a peregrine sign for Saturn. Saturn does not jell there, and can act with violent cruelty. While constructive talks may take place, since Libra likes to negotiate, they will not hold. Nothing constructive can be expected to last.
Mars square with Pluto is highly destructive. There is underground, criminal violence in world affairs, in other words, more terrorism to be anticipated in the coming weeks.
Mars opposition Uranus is explosive.

In China, the ingress of Mars into Libra was in the 11th house. This brings heated discussions to parliament. Military and police matters are cause for much discussion.

In Argentina, Mars was in the 5th house. This brings trouble to theaters and schools; there are dangers of fires in these places as well as in places where there are big parties; also deaths to famous artists, actors, and singers is indicated; also crime against women and children. Immediately following Mars' ingress into Libra the Government changed. Mars in the 5th house also points to troubled diplomatic relations in the coming weeks.

In Austria, Mars was in the 2nd house showing financial losses and huge expenditures and waste of public money. If Austria engages in any military activity it will seriously worsen the national economy.

In the Caspian area, we see Russian ships sending missiles into Syria at ISIS.

In UK and the EU in general, Mars was in the 3rd house. This affects roads, rails, and communications. There is great danger in traveling. Mars coming opposition to Uranus warns of air crashes.

In Israel, as in Austria, Mars was in the 2nd house. This shows huge expenses for Israel in struggling with the terrorists.

In the US, as in Argentina, Mars was in the 5th house. Mars coming to square Pluto, with Pluto in the 9th house, and then to opposition Uranus, with Uranus in the 12th house, shows dangers of underground terrorist activities in the US.

Mars comes to square Pluto around December 3 - 6, and then opposition Uranus December 10 - 12. These may be more volatile periods, but the prospect of danger around holiday periods must not be overlooked.

Interesting to note, the charts of the countries ruled by Libra all have Mars in succedent houses (11th, 2nd, and 5th). This suggests that the unstable conditions in the world these weeks will cause the stock markets to be volatile.

Uranus is in the 10th house of the New York Stock Exchange. When Mars comes to opposition Uranus in the 2nd week of December the market will probably react by dropping. It does not mean a crash, however.

Raphael is available for private consulting. For information visit www.raphaelsimons.com