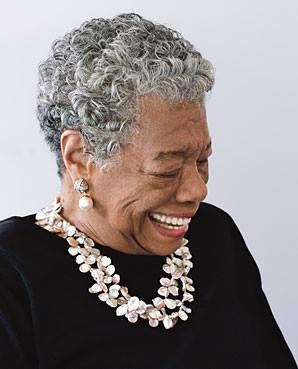 Maya Angelou was born on April 4, 1928 at 2:10 PM. The Chinese astrological signatures of the year, month, day, and hour of her birth are Earth Dragon, Wood Rabbit, Wood Dog, and Metal Sheep, respectively. Her birth stars are 6 Metal, 2 Earth, and 9 Fire. This, in a nutshell, shows a proud, independent, rather eccentric, and highly complex personality.

The chart has a predominance of Wood element, which expressed itself in Maya Angelou's writing, Wood being the element of writers, musicians, and painters. She had 4 yin Wood, and 1 yang Wood, showing that she was full of plans and designs, and forever coming up with new ideas.

Born in a yang year, on a yang day, but with a yin/yang balance of 4 yangs to 10 yins, we can see how complex Maya Angelou was, and how she was the type to take up an already existing cause and fly with it. She is a powerful voice for the intellectual and artistic movement that was already flourishing at the time of her birth.

Maya Angelou's chart style is characterized by what is called the competitive deity. Competitive deity says that she started out at a disadvantage, receiving less than she deserved, but that through her self-confidence, extroversion, independence, pride, individualism, and sheer will power she cut out an independent career for herself. She was adventurous, and hated all kinds of constraints.

The chart has a configuration called knife blade. What this means is that she had a pronounced eccentric streak in her, and could become very impatient and irritable. She obviously had a lot of experience from which she learned, as seen from the richness of her wisdom. The knife blade shows up in the area of her career. It means that she was totally unique, and would react against any negative criticism coming against her from anyone; she was totally self-assertive. Knife blade came out in the cyclic period starting at age 17 and running to her mid 30s. It was in this time that she cut through and made herself known. It appears in her later teens that she went through a very challenging time; she even changed her name.

The element balance in her chart is 6 Wood, 2 Fire, 4 Earth, 2 Metal, and 1 Water. The predominance of Wood and Fire show her to have been extremely lively, a romantic soul, loving to shine out.
Because of the particular balance of elements in this chart, we also find that Metal was her vital element. Metal being vital, we also see that Maya Angelou loved to be challenged. She loved to stand up and confront the world with her vision. Being born on a day of Wood element, with Wood predominant, she was a romantic thinker, and a visionary.

Metal element came up very strongly in Maya Angelou's life in her 40s, and 50s. This shows that she was at the peak of her vitality in those years. Metal began to wane in her 60s and 70s. Her 50s was a pivotal cycle in her life. There was a lot of Metal and Fire in it. She had to have made some bold moves in those years. But, even if Metal was waning past 60, there was a large cycle, starting at age 52 and running through the rest of her life, in which there was sufficient Metal to keep her vitally active to the end, and which contributed to her continuing rise to fame. It also appears that she was very generous toward others especially in her later years. It also appears that she became quite wealthy.

Metal in Maya Angelou's chart also represents marriage. Marriage, in Chinese astrology, doesn't necessarily mean a formal, legal affair, but it does mean a union of souls, as in love. There being two Metals in the natal chart, it is certain that there were at least two significant others. The period of 30 to 40 shows a time of many pleasures. Also, because Metal grew very strong from age 40 and remained present through to the end of her life, it is probable that there were a number of loves through all these years, the ten year cycle of 60 to 70 being of particular interest, as the star of romance showed up then. Love, to say the least, was vital to Maya Angelou's life and creative work.

Water was the weakest element of Maya Angelou's chart. The cycle of 80 to 90 had Fire and Earth. Water is killed by Earth, and is exhausted by Fire. The three shars, or killing signs, in Maya Angelou's chart were Snake, Horse, and Sheep. Snake year was 2013, Horse year is 2014. This year, the year of Wood Horse, generated too much Fire for her. Fire kills Metal. So, this year Maya Angelou's vital element gave out, and she passed away. Horse also signifies the life stage of death for Maya Angelou. Horse years had have always been low ebb for her. Had she held out beyond this year, she could have lived to 90, 91. Age 90 brings up total Fire; it would have ended her life. Had she wanted to prolong her life, following the rules of fengshui, she would at least have to have moved to a cool, dry climate where she would live quietly for some time, something she would probably not have cared to do except she could have written some more works.

Raphael is available for private readings and consultations in Chinese astrology and fengshui. For more information visit www.trs-fengshui.com.

Raphael's book, Feng Shui Step by Step is reprinted and available at Amazon, and at www.createspace.com/3472024.

Posted by Raphael Simons at 4:25 PM No comments: 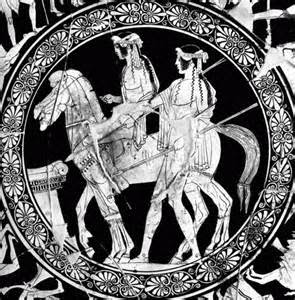 The new moon comes on May 28 at 7:41 PM GMD. It is at 7 degrees Gemini in conjunction with the star Aldebaran, denoting great energy, gains through business, and high material honors, but danger of quarrels that could undo what good this may bring. The new moon is in the 6th lunar mansion, called Athaia, good for establishing all kinds of foundations. Despite whatever untoward indications there are Athaia offers protection.

The dispositor of the new moon, Mercury, is at 29 degrees Gemini giving a very impatient air to the configuration; he is at the end of his tether at 29 degrees. Mercury is also exactly sextile Venus at 29 degrees Aries saying "carpe diem." Don't hesitate where there is opportunity. Opportunities will be fleeting.

The new moon is trine Mars at 9 degrees Libra adding positive force and encouraging us to put our best foot forward and enter new territory, start new enterprises, accept challenges, take a stand, have the courage of our convictions, accepting aid from allies, and taking no chances that lead to danger. This aspect ushers in a period of personal success for you if you have any significant planet at or near 7 degrees Gemini, Leo, Libra, Aquarius, or Aries.

The new moon is exactly square Neptune at 7 degrees Pisces, warning of deceptions, confusions, fraud, and losses through unscrupulous persons or agencies.

Looking at the new moon in the UK and in the EU we see it in the 7th house. Mars is in the 10th, and Neptune is in the 3rd. Mars is involved in a T-square with Pluto and Uranus adding tension. What this says is that international relations in the UK and EU are at a new juncture. There is considerable tension in it. Mars in the 10th house is an evil position. Opposite Uranus in the 5th house, it shows diplomatic tensions. Square Pluto in the 2nd house, it concerns financial complications and losses. Trine the new moon, it encourages positive, constructive action.

Looking at the new moon in the US we see it in the 9th house trine Mars in the 1st and square Neptune in the 6th. This is challenging for international trade relations. Mars in the 1st house is square Pluto in the 4th and opposite Uranus in the 7th suggesting turmoil among the people and troubled international relations. Mars in the 1st house warns of strikes, angry demonstrations, fires, and a spike in crime. People will tend to be aggressive. Mercury is in the 10th house conjunct the mid-heaven, both being at 29 degrees Gemini exactly square the Ascendant at 29 degrees Virgo denoting disgrace to public officials and scandals in high places. Mercury rules the 10th house; it involves the President whose mood will be understandably irritable. Jupiter in the 10th house, however, protects him.

In Chinese astrology, this is the month of Metal Horse. The year is Wood Horse. Horse clashes with Horse, and Metal clashes with Wood. This month is one of high energy with sharply clashing energies. The first day of the month is Metal Rat. Metal Rat is at maximum clash with Metal Horse and Wood Horse. It points to violent events in the world.

The energy of Metal Horse in Wood Horse year encourages great activity. Much like the indications of Mars, it warns not to take chances leading to danger, but encourages taking positive action. Horse favors Tiger, Dog, and Sheep. It gets along with Rabbit, Dragon, and Snake, and it challenges Rat, Ox, Horse, Monkey, Rooster, and Pig. Where there are challenges there are opportunities.

Reduced to an I Ching hexagram, the new moon at Washington DC gives us hexagram 52, line 2. Hexagram 51 is Thunder. It is a good hexagram, especially for summer season, which we are already in, according to the Chinese calendar. Thunder is an image of shock and movement. Line 2 tells us that new ideas will bring new conditions if we act. It also says that evil is at hand, and that while there may be losses you will later regain what was lost.

Raphael is available for personal consultations in Chinese and western astrology. To find out more visit www.raphaelsimons.com or www.trs-fengshui.com. You can also call Raphael at 212-502-0775 to set up an appointment.

Raphael's book Feng Shui Step by Step is reprinted and available through Amazon and at www.createspace.com/3472024.
Posted by Raphael Simons at 3:57 PM No comments: