The affects of the April and May eclipses 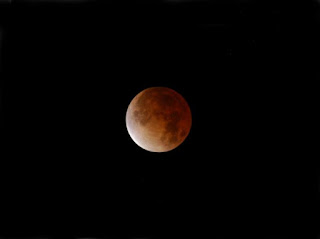 The chart made for Jakarta, Indonesia has the eclipse Moon in the 4th house with Mars conjunct the malefic star Algol at the zenith, a good indication of seismic activity to come.

The chart for Honolulu has the eclipsed Moon in the 1st house opposite the Sun in the 7th, both square Neptune in the 4th house, with Mars conjunct the 7th house cusp. This is rather violent. There are currently tremors occurring along the west coast with increasing volcanic activity. The Ring of Fire is very active, especially since the solar eclipse of May 10.

The lunar eclipse of May 25 occurred at 4 degrees Sagittarius, a critical degree. A critical degree denotes crisis. Aside from the probabilities of increasing seismic activity, a lunar eclipse in the first 10 degrees of Sagittarius warns of theft. This means that there is a rise of crime everywhere in the world both high and low. Sagittarius rules international trade relations, religious institutions, institutions of higher education and by extension all schools, libraries, courts, and so on. The eclipsed Moon square Neptune shows theft, fraud, and swindling coming these next few months.

Important aspects in the May 25 eclipse chart include the eclipse square Neptune, Uranus at 11 degrees Aries exactly square Pluto at 11 degrees Capricorn, and Mars conjunct the malefic star Algol. All of these show tremendous tension and potential violence in the world that is affecting everyone, one way or another.

In addition to the above mentioned charts, charts were made for the UK, Spain, Iran, Japan, and Washington DC.

The chart for the UK has the eclipsed Moon in the 6th house square Neptune in the 11th. There is a great deal of confusion in Parliament in connection with services and public welfare. Uranus is also in the 11th house square Pluto in the 8th. The UK has tremendous problems having to do with losses of money. At the same time Mars conjunct Algol intercepted in the 12th house shows that there is an increase in violent crime hidden away in slum areas. The public health is not too well either. Yet, the people in general appear to have a rather sanguine view of life these days.

The chart for Spain is rather alarming. The eclipsed Moon is in the 7th house, and Mars is exactly on the Ascendant. It shows much anger and violence coming. And, if there are fault lines in the earth, there could be an earthquake soon. Jupiter is in the 2nd house in this chart. It shows an increase in wealth. Uranus in the 12th house square Pluto in the 8th brings out major crime. There are those who will prosper greatly through theft in these difficult times in Spain.

The chart for Iran shows no earthquake activity as did the charts for the April 25 and May 10 eclipses. The May 10 chart showed trouble and possible failure for the Government. The current chart, with Uranus in the 10th house square Pluto in the 6th, shows sudden, vexatious developments for the Government, connected with the armed forces, that may lead to defeat if not handled carefully.

The chart for Japan shows no earthquake activity as did the chart for the May 10th eclipse. The May 10th chart showed strong probabilities of seismic activity in the western Pacific affecting the western side of the Ring of Fire. In this chart, the eclipse in the 3rd house square Neptune in the 6th with Uranus in the 7th square Pluto in the 4th is troublesome for foreign affairs involving neighbors, the military, especially the navy, international trade. The eclipse in the 3rd house suggests that if there are any earthquakes related to this eclipse they will happen in areas nearby. Indonesia is the most likely candidate.

The chart for the US has the eclipse Moon in the 10th house. This could bring tremors and very unsettled weather to the east coast. Traditionally, an eclipse, whether solar or lunar, in the 10th house generally points to disaster. It brings serious troubles to the Government, especially to the highest offices. The eclipse square Neptune in the 1st house causes agitation among the people, misleading propaganda, crimes, suicides, and much underhandedness and treachery among the people these coming months. It brings fraud and swindling. Uranus is in the 2nd house square Pluto in the 12th. It warns of unexpected losses, bankruptcies, and a potential crash, or strange, unanticipated occurences in the stock market, meaning much fear and unease in financial circles. Criminal activities in the banking sector will cause more harm. Mars is at the nadir of this chart, opposite the mid-heaven denoting extreme hostility against the incumbent coming from the opposition. A great deal of harm can be done which will affect both sides adversely. With all this, the eclipse in the 10th house on a critical degree goes against the national honor in the eyes of the world, and warns that the Government is in danger of defeat.

To follow articles in mundane astrology such as this click on the Join button at the upper right of this article.

Raphael is available for private consultations for personal and professional concerns. To find out more, go to www.raphaelsimons.com.
Posted by Raphael Simons at 8:17 PM No comments:

The Taurus solar eclipse in astrology 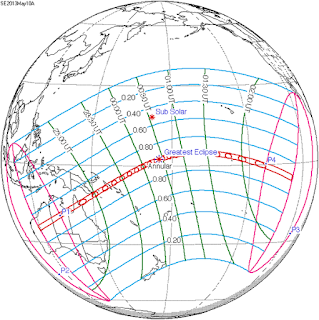 The solar eclipse at 19 degrees Taurus occurred at 1:21 AM GMT on May 10. It was in conjunction with Mars and Mercury at 14 and 17 degrees Taurus, respectively. And it was widely opposite Saturn at 7 degrees Scorpio. The eclipse was visible over eastern Australia, New Zealand and across much of the Pacific, affecting the Ring of Fire where we may expect increased seismic and volcanic activity. The affects of the solar eclipse last over one year.

Where the eclipse appears in the angles of the chart (the 1st, 4th, 7th, and 10th houses) is where it has noticeable physical affects in the earth itself. Accordingly, the eclipse appears in the 1st house in Tehran, Iran, in the 4th house in Reykjavik, Iceland, in the 7th house in San Francisco, California, and in the 10th house in Tokyo, Japan and Sydney, Australia. There will be increased seismic and volcanic activity in Ring of Fire in the western Pacific and along the coast of north America and down into Mexico and beyond; there will be earthquakes in Iran, possible volcanic activity in Iceland and/or the Canaries, and possible tremors in the mid Atlantic and Caribbean.

The chart for Iran amplifies the prediction of earthquakes there from the lunar eclipse of April 25. A significant earthquake will very probably happen in the area around Iran, the Caspian sea and the Caucasus this year.

The solar eclipse in the UK is in the 3rd house. it brings increased dangers of accidents in connection to roads and railways. Stocks in railways may lose value. It also spells losses in areas of literary undertakings, including publishing ventures in books, newspapers and magazines, and internet activity. There is also plenty of arguing and anger on the streets. The 4th house of the UK chart is at 25 degrees Taurus, conjunct the star Algol, saying that quarreling goes to the point of people losing their heads.

The solar eclipse chart in the EU as seen from Bruxelles is almost the same as in the UK. There is a lot of arguing going on. The 4th house cusp of the Bruxelles chart is at 29 degrees Taurus, conjunct the Pleiades. This says that the quarreling becomes a weeping matter.

The solar eclipse in Iran has Mars, Mercury, Sun, Moon, and Venus in the 1st house. Mars is closest to the Ascendent. The country is in a warlike spirit. Mars opposite Saturn in the 7th house is extremely unfortunate. It causes the people to become discontent. There are possibilities of riots, terrorist activity, crimes. The people are angry. If Iran is attacked this year it will be extremely unfortunate.

To read articles in mundane astrology click on the join button at the upper right of this article.


Posted by Raphael Simons at 1:49 PM No comments: 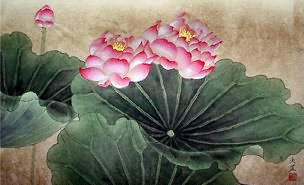 In the Chinese calendar the seasons start mid-point the western seasons, spring beginning mid-point between winter solstice and spring equinox, or 15 degrees Aquarius, and summer beginning mid-point spring equinox and summer solstice, or 15 degrees Taurus. The solstices and equinoxes are considered the high points of the seasons in Chinese astrology. Summer began this year on May 4 at 16:28, Beijing time, or 8:28 GMT, and 3:28 EST. Because of the difference in hours the indications for different regions vary.

The signs for the year, month, and day of the beginning of summer are Water Snake, Fire Dragon and Metal Horse, respectively. In all regions of the world there is a predominance of Fire element showing that this summer is very active everywhere. The weakest element in the world is Wood. This shows that all the activity is not well planned, meaning confusion and mistakes especially in political and business circles. It helps to look at this season in the context of the year's predictions (http://raphael-astroblog.blogspot.com/2013/01/the-year-of-water-snake-in-chinese.html) to get an idea what this all leads up to as later summer and fall are going to be all the more active with possibilities of social turmoil and violent weather.

In general, this summer brings us the deities of talent, meaning that this is a very good period, despite turbulence in the world, for artistic, creative activity. It also brings the Flower of Romance making this a good time for love as well.

In the world of politics and big business this appears to be a time of shaky alliances, mistrust, and unstable fortunes, especially in the middle east. The chart does not favor political alliances anywhere.

The chart for China shows probabilities of accidents and disasters. It also shows China assuming a commanding, aggressive attitude toward achieving her goals.

The chart for the EU and the US has a maximum of Fire element, showing these areas to be extremely active and moving along very fast. The EU has more Metal than the other regions viewed. With the strong Fire this spells conflict. The tension in Europe is increasing.

The chart for the US brings up Robbing Star, meaning sharp practice in business and in Government. It also warns of increasing criminal activity in all levels of society high and low.

To follow reports such as this in Chinese astrology click the join button at the upper right hand of this article.

Raphael is available for personal in-depth Chinese astrological readings either in person or over the telephone. For more information visit www.trs-fengshui.com.

Raphael is available for readings at Quest Books in NYC as well.

Raphael's book Feng Shui Step by Step is reprinted and is available at Amazon and at www.createspace.com/3472024.
Posted by Raphael Simons at 7:11 PM No comments: