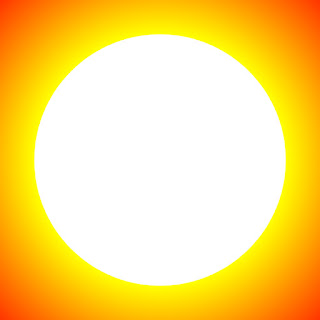 The full moon followed the new moon in Gemini of June 5. That new moon was in a grand cross in mutable signs, showing a complicated picture with a lot of conflict, arguing and fighting. Those conditions carry over to the full moon and the solstice.

The solstice has a grand cross in mutable signs also. This one involves Saturn, Neptune, Mercury, and Jupiter.

In the chart made for the UK, we find Saturn retrograde in the 10th house conjunct the Midheaven. This is evil. It denotes disgrace, misfortune, and many troubles for prominent figures in the current Government. It bodes ill for the Prime Minister. He's finished.
Saturn is in Sagittarius. His dispositer, Jupiter is in Virgo in the 7th house and square Saturn. This brings Saturn, and who he represents in the Government, to probable defeat. Jupiter afflicted in the 7th house also causes disputes with other powers over financial and trade issues.
Jupiter's dispositor, Mercury is opposite Saturn. Mercury is in Gemini, a strong position. Mercury is in the 4th house, opposing the current Government, and exacerbating disputes with other powers, as Mercury is square Jupiter. Mercury in the 4th house opposite Saturn in the 10th and square Jupiter in the 7th shows discontentment of the people. It is also showing storms adversely affecting agriculture.
Neptune is in Pisces the 1st house, retrograde, square Saturn, opposite Jupiter, and square Mercury. In the 1st house, Neptune shows discontentment among the people, and occasions agitation, and treacherous behavior. It brings fraud. Neptune is intercepted in the 1st house. The ruler of the 1st house is Uranus. Uranus is in the 2nd house, showing where this treachery focuses. It is in finances, banks, and the stock market. There is financial trickery registering in this whole matter of Brexit.

Because Bruxelles is so close to London, all these indications for UK are being reflected in the EU. There is trickery in the entire banking system between Britain and the EU, and the leadership in Britain as well as in the EU is threatened at this point.

The Solstice Sun is in the 5th house, opposite the Moon and conjuct Venus. Venus is opposite the Moon. This focuses in the area of diplomatic relations. Venus, combust and opposite Moon is extremely weak and afflicted. Venus rules the 8th house. There are financial losses, and big debts, and, let's say, diplomatic relations at this point in the EU are a mess. If Britain remains in the EU, it won't solve it. The Cameron Administration is weak, and in seriuos danger of defeat. The current situation in the EU is also weak and in serious danger of coming undone with or without the UK.

The matter of Brexit looks a fairly close vote, with Leave more likely to win over Remain.

In the chart made for the US, Saturn is in the 1st house opposite Mercury in the 7th, square Neptune in the 3rd and Jupiter in the 9th. The solstice Sun is in the 7th with Venus opposite Moon in the 1st.
Saturn afflicted in the 1st house is evil. People are out of work, ill, distressed, and angry. We see Mars in the 12th house quincunx Uranus in the 5th. Danger from criminal fanatics found in places of entertainment and sports events continues.
The opposition of Jupiter and Neptune is between the 9th and 3rd houses. A lot of misinformation and lies are deliberately being circulated to generate confusion in politics and news.
The solstice Sun in the 7th house speaks of international affairs. They are not going smoothly. The ruler of the 7th house, Mercury is opposite Saturn, and square Jupiter and Neptune. A lot of trickery and lying is going on. The ruler of the 2nd house shows what is coming up. Saturn rules the 2nd house. Saturn is afflicted in the 1st house. The people are seriously troubled about the future. The 10th house, hinting of what's coming in the elections, is ruled by Mercury. Mercury is in a grand cross, opposite Saturn and square Jupiter and Neptune. We can expect a tremendous lot of treachery and deception corrupting the political picture and confusing the process. The people are angry and worried. The ruler of the Government, Mercury is square to the Ruler of the People, Jupiter. They are at odds, and the people are being lied to, tricked, and manipulated. 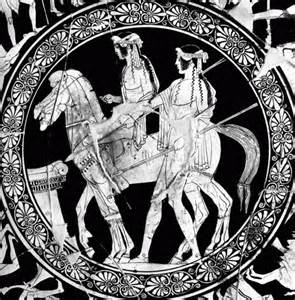 This is a very interesting new moon in that it forms a very tight grand cross in mutable signs, the Sun, Moon, and Venus in Gemini; Saturn in Sagittarius; Jupiter in Virgo; and Neptune in Pisces. (Sun and Moon at 14:53 Gemini, Venus at 14:24 Gemini; Saturn retrograde at 12:59 Sagittarius; Jupiter at 14: 18 Virgo; and Neptune at 12:01 Pisces). The Sun, Moon, and Venus are opposite Saturn, and square to Jupiter, and then Square to Neptune. The energy is completely discordant, and, being in mutable signs, extremely complicated. This means that during the coming days we will see a massive proliferation of arguments, with a lot of confusion and seriously misleading information circulating in the world. Effects of this grand mess will also include lots of swindling, a good chance of increasing illness, violence, and a general rise in collective insanity.

The new moon is rising in the chart for the UK. Saturn is in the 7th house, Jupiter is in the 5th, and Neptune is in the 11th. This new moon in the 1st house of the UK adversely affects the general outlook of the people. The new moon with Venus combust and opposite Saturn in the 7th house shows a great deal of unhappiness over differences of opinion. Venus opposite Saturn is not at all happy; social relations are being tried, not only with respect to the question of the EU, but in very personal ways. The squares to the new moon: Jupiter in the 5th house and Neptune in the 11th house, show disagreements reaching into diplomatic circles and Parliament. Mars is retrograde in the 6th house at 27 degrees Scorpio, conjunct the 7th house cusp. This means, Mars casts a shadow over international relations. It concerns not only the matter of the EU, but the matter of the rising migrant population. The ASC, at 28 degrees Taurus, is conjunct the Pleaides and opposite Mars, showing quarrels and violence. The people are angry. The Part of Assassination is conjunct the ASC opposite Mars. Possibilities of violence over the coming couple of weeks leading up to the referendum are to be taken very seriously.

The new moon in the chart for the USA is in the 5th house, opposite Saturn in the 11th, square Neptune in the 2nd, and square Jupiter in the 8th, the 2nd, 5th, 8th, and 11th houses all having to do with finances. The financial and business picture at this new moon looks shaky. The stock market will be shaky. Mars retrograde in the US chart is in the 10th house, pointing to deep, possibly hidden and/or long festering trouble in the highest circles of the Government. Neptune afflicted in the 2nd house points to financial losses due to fraud, theft, swindling, and everything underhanded and secret. This does not only affect individuals, but is happening on a large scale, as in banking and the stock market, if not in government agencies.