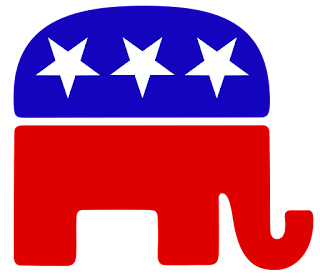 In current polls the leading Republican hopefuls are Trump and Bush. Trump is leading by a small margin. Here's what the Chinese charts have to say.

Trump has 7 Fires, 7 Earths, 2 Metals, 0 Waters, and 2 Woods. So much Fire and Earth with no Water, makes him intuitive, unreflective, stubborn, and outspoken. His chart has a double knife blade. It gives him a sharp tongue, and warns him of a disaster in later years. It also makes him extremely restless in later years. No Water in the chart shows no reflection, little patience. Trump fairly much speaks and acts on the spur of the moment.
Trump's chart shows him to be strongly intuitive, psychic, and sharply insightful. This has, no doubt helped bring him to success in his career. He plays his hunches. He is outspoken and honest. His sharp tongue, however, can easily offend others. He is diligent, and knows the needs of others. He can care for others, and when he does he prospers. He is zealous and far seeing, and has the ability to be a leader. If he goes too far in his zeal and becomes intolerant of others, however, he causes them to rebel and turn against him. He is impulsive and proud.
Trump is in a 10 year cycle from his age 68 to 78. The cycle is Metal Ox. It is an empty cycle. He may be overestimating his friends. Metal Ox clashes with the signs of Trump's career, Wood Horse. He is being challenged.
This cycle is good for Trump to make gains. He is resourceful and creative.
2016 shows Trump having a lot of fun doing what he does; he is outgoing and really enjoys being in the public. Whether he wins the Republican nomination or not is a question. If he doesn't, and goes on speaking, running as an independent, he will devastate the Republican party, and may say some shocking things about them. His candid way of talking to and engaging his audience, notwithstanding, his worst danger lies in insulting the wrong people.

Bush has 7 Waters, 1 Wood, 1 Fire, 4 Earths, and 3 Metals. The predominance of Water and weakness of Fire shows him not to be intuitive, but to think a lot. He is calculating. Bush's chart shows something of a paradoxical character. He is independent on the one hand, but very set in tradition and close to his family on the other. Bush is mild mannered, but insensitive. No Yang Wood in his chart shows Bush to be indecisive. He will bend with the wind to fulfill what is expected of him.
Bush is in the 10 year cycle from his age 58 to 68. It is Earth Sheep. Sheep is empty for him. This, just like in Trump's chart shows Bush to be in a relatively weak position. And like Trump, these signs challenge Bush's career signs, Water Ox.
2015, the year of Wood Sheep works more or less favorably for Bush, but 2016, the year of Fire Monkey, doesn't. Monkey is his Death Star. If he is the Republican candidate he will probably lose.

It boils down to the suggestion that, although Trump and Bush are the front runners, it is questionable that either is a winner. Trump has the better chance. Whether someone else comes forward to take the lead or not has yet to be seen.

To follow this blog click the join button at the upper right of this article.
Posted by Raphael Simons at 5:37 PM No comments: 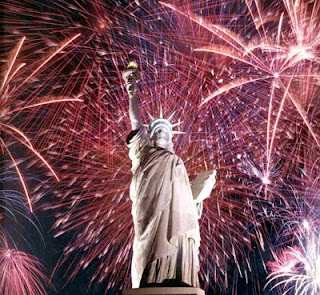